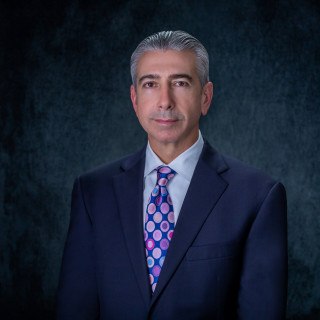 Experienced in complex and high-profile matters, Jonathan has obtained dismissals, not guilty verdicts, and other favorable results for many doctors, nurses, and health care professionals facing prison and license suspensions. In his 24 years of experience in criminal defense, he has represented thousands of clients, participated in over 70 jury trials, and obtained dozens of not guilty verdicts, including 3 murder cases.

Jonathan makes frequent media appearances. A quick Google search shows many of his recent cases which have been covered nationally. One of his murder trials was televised live on CNN’s Court TV and featured on A&E Network’s “After the First 48” crime documentary series.

Jonathan was born in Boston, Massachusetts and moved to Miami-Dade County in 1987. He holds a Bachelor of Science in Advertising and Political Science from the University of Miami. He obtained his law degree from the City University of New York School of Law. Beginning his legal career as a trial lawyer with the Public Defender’s Office in Miami, Jonathan handled thousands of cases defending clients charged with serious felony crimes such as robbery, kidnapping, drug trafficking, sex offenses, and murder.

Jonathan is currently serving his second term as a Councilman in the Village of Miami Shores. He works on major projects and infrastructure improvements including community growth, land use, finances, education, strategic planning, parks, recreation, police, and public safety. He is especially focused on the environment, sustainability, and green projects.