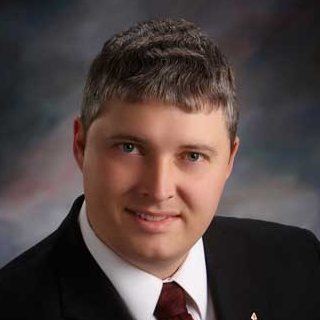 During my military career, I always focused on “Soldier Caring” and being “Mission Focused.” I take these same principles to all parts of my life. I focus on my clients’ needs in the most basic, human sense and the details of the matter. Quite frequently, lawyers find themselves speaking to people going through one of the worst days of their lives. I take that responsibility very seriously. I grew up in Stevens Point and graduated from Pacelli High School in 1998. In high school, I played several sports, and was a member of several choirs, band, theater productions and the Pacelli Student Ambassadors. I spent my freshman year of college enrolled in St. John Vianney Seminary in St. Paul, MN. I transferred to UW-La Crosse and graduated in 2004 with a degree in history and a minor in economics. There I met Trina Burton, and we married in 2004. We now have three incredible children: Joshua, Ainsley, and Abigail. I am also an avid fan of Wisconsin sports, and enjoy camping and fishing. In 1999, I joined the Wisconsin Army National Guard. I joined the ROTC while attending UW-La Crosse. I deployed to Kuwait in 2005-06 with the 1-120th Field Artillery and to Iraq in 2009-10 with the 32nd BSTB. I retired from the National Guard as a Captain in 2013. On returning from Iraq, I enrolled in the University of Wisconsin Law School. While in Madison, I was a member of the Wisconsin International Law Society, the UW Mock Trial Team, and a representative on the Student Bar Association. I worked with inmates at the Federal Corrections Institution in Oxford, WI and interned with the Portage County District Attorney’s Office. I earned my law degree in 2012 and began practicing law at a firm in Black River Falls, where I focused my practice on criminal defense. In late 2013, I accepted a position at Nash Law Group. I am very excited to be back in Central Wisconsin and to have the opportunity to move my wife and children closer to family and friends.