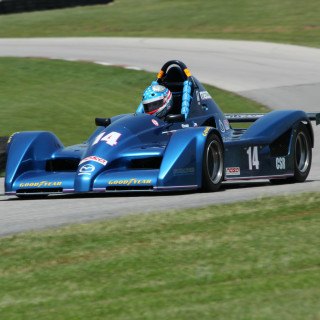 Mr. Stone has 4 decades in the courtroom trying complex multi-party personal injury cases and commercial litigation matters all over the Gulf Coast of Texas. He has a Juris Doctorate from Texas Tech School of Law, and a Bachelor of Business Administration from U.T. El Paso. John has been an adjunct professor of Business Law at Lamar University, a private pilot, a national competition racecar owner/driver, a competitive tennis player and alpine snow skier, a soccer coach, a baseball coach, and for nearly 20 years, an organizer and co-sponsor of an annual major NCAA tennis tournament in Southeast Texas.

Mr. Stone served in the U.S. Army for 13 years before becoming a lawyer. He was drafted in 1965, and volunteered for Artillery Officer Candidate School. He was commissioned as a Second Lieutenant in 1966 at the age of 20. He volunteered for two tours in Vietnam with MAC-V Special Operations Group (1968 and 1969), where he commanded Mobile Advisory Team III-55 - a five man American Advisory Team imbedded with the Vietnamese military. He was awarded two Bronze Stars, the Cross of Gallantry, the Presidential Honor Medal, and his coveted Combat Infantryman's Badge (the CIB is not usually awarded to artillery officers). Mr. Stone also served two tours in Germany with NATO Air Defense at the height of the "cold war" with Russia. He commanded one of the most advanced guided missile systems in the world, and set an international missile firing proficiency record at the White Sands missile range in 1973. That record still stands today.

Mr. Stone has raced sportscars for 40 years at tracks like Dayton International Raceway, Road Atlanta, Texas Motor Speedway, Texas World Speedway, Hallett, PIR and Circuit of the Americas in Austin. If you would like a ride-a-long at COTA in his Prototype 1, go to: https://www.dropbox.com/s/aly9zz0apzl9cl2/COTA%202.1%20%282%29.wmv?dl=0

Of Counsel
The Law Office of Patricia Ann Stone
2010 - 2018
State and federal appellate practice, and trial consultation and research.