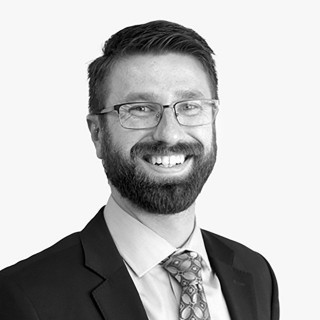 John then attended Indiana University Robert McKinney School of Law. While in law school, John was admitted to the Dean’s Tutorial Society and tutored other law students. John also participated in moot court, trial team and was awarded two scholarships for his extensive knowledge of tax law.

Upon graduating law school, John become a licensed member of the Indiana State Bar and began working for criminal defense attorneys in Indiana. John represented clients accused of varied offenses from minor traffic tickets to triple homicide. While practicing in Indiana, John also successfully briefed an appeal to the Indiana Court of Appeals. This appellate argument is published in the State of Indiana as case law. During his free time in Indiana, John and family built a tiny house on wheels.

In 2017 John was admitted to the Montana State Bar and started his career with the State Office of Public Defender as an Assistant Public Defender in Great Falls, Montana. During his tenure at the State Office of Public Defender, John’s primary focus was traffic offenses and DUIs. John also represented clients on everything from minor offenses to serious felony charges. While practicing in Montana, John worked with the City of Great Falls to develop the first Mental Health Treatment Court in Cascade County, Montana.

During his free time in Montana John would tend to his llama farm, build log furniture and backpack the many wilderness areas with his family.

From Indiana, Montana and now Illinois attorney John Plascak brings years of public defense experience to our team at DDT Law Group. John has a huge heart and passion for defending and perfecting our criminal justice system. With stories of life changing moves and tiny houses galore! Get to know what makes your attorney tick in this interview with attorneys John Plascak and Derek Martin.