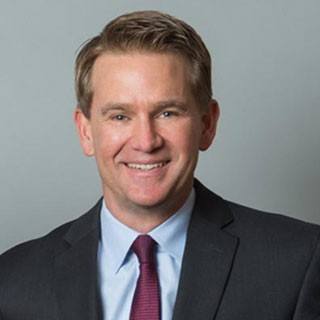 John Gilroy is an experienced and skilled Attorney at Gilroy Napoli Short Law Group. His practice focuses on DUII/Drunk Driving Defense, Criminal Defense , and Personal Injury matters. John has prior experience as a Deputy District Attorney at the Washington County District Attorney's Office, where he prosecuted a broad array of crimes, from misdemeanors to felonies. His work in the D.A.'s office has provided him unique legal insight and knowledge. John is committed to exceptional service and representation for your legal needs.

John has been recognized as a Top 100 Trial Lawyer by The National Trial Lawyers, an invitation-only national organization. He has also been named among the Top 100 DUII Attorneys in Oregon by the National Advocacy for DUI Defense, LLC.

John is the son of the late Clackamas County Circuit Court Judge, Patrick D. Gilroy. He is the youngest of seven children, and was born and raised in the Portland area. Outside of work, John enjoys spending time with his wife and five children, as well as golfing, skiing, fishing, playing basketball, hiking and camping.