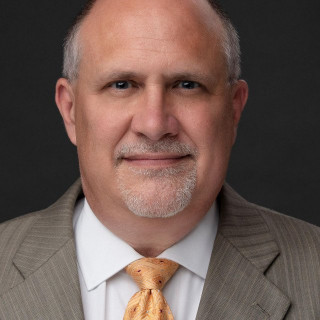 John has been representing businesses and business people in the North Texas area for more than thirty years. He has tried numerous cases at various levels of the judicial system, including federal district court and state district court. He has presented appeals to the Supreme Court of Texas, the United States Court of Appeals for the Fifth Circuit, and ten of the fourteen intermediate courts of appeal in Texas. He has arbitrated cases before the American Arbitration Association and JAMS, Inc. In addition to his trial practice, John is a trained mediator and summary jury trial judge. As a result of displaying a high degree of skill, competence, and professionalism, he has earned an AV-Preeminent rating from Martindale-Hubbell.

John received his law degree from SMU School of Law in 1988, where he served as an Associate Editor for the Southwestern Law Journal. While still in law school, he successfully presented an appeal to the Supreme Court of Texas through the school’s civil clinic program, resulting in a published opinion reversing the lower court. He also completed his first jury trial through the school’s clinic program.

After graduating from law school, John served a judicial clerkship as briefing attorney for the Honorable Gordon H. Rowe, Associate Justice of the Court of Appeals for the Fifth District of Texas at Dallas. There, John had the pleasure of working with future Supreme Court of Texas Justices Nathan Hecht, Craig Enoch, and James Baker.

As a seasoned trial lawyer, John continues to maintain a high level of practice. He has represented clients in cases reported in the Wall Street Journal and Dallas Morning News, as well as ones featured on local news broadcasts and the national news program, Nightline. His civil trial practice includes representation in both state and federal court and encompasses a wide range of areas.

AV-Preeminent
Martindale-Hubbell
2004
For over 100 years, the Bar Register has been a unique guide to the legal community's most eminent professionals. It includes only those select law practices that have earned the highest rating in the Martindale-Hubbell Law Directory and have been designated by their colleagues as preeminent in their field. The 2022 Bar Register contains over 14,000 member listings out of more than 1.3 million attorneys in the United States.

Q. Do debts need to be paid before assets are distributed?
December 8, 2022
A: A POA does not appoint an executor. Only a will does. A POA becomes null and void when the maker dies. When your father-in-law’s estate is probated, the personal representative must use available assets to pay debts in a specific order set by statute. First in priority is the payment of funeral expenses not to exceed $15,000 and medical expenses associated with your father-in-law’s last illness not to exceed $15,000. Your husband should not attempt to use the POA to do anything as of the moment of your father-in-law’s death. He could become legally liable to repay any money spent and to pay for any assets used. The estate’s personal representative or a creditor could pursue him legally. The State could pursue him criminally.

Q. Wells Fargo Bank failed to give a clear home title and now I can't sell the house. What are my options?
December 8, 2022
A: If you bought a buyer’s policy of title insurance when you purchased the property from Wells Fargo, you should make a claim against the title insurance company. If Wells Fargo gave you a general warranty deed, you can sue Wells Fargo for breach. The “warranty” in such a deed is a warranty of good title. But, if you bought the property in a foreclosure sale, you were taking the risk of any defects in title and you will need to directly litigate against whomever has a claim to clear the title. That risk is why you usually pay less in a foreclosure sale.

Q. My fifteen year is currently being put on a protective order by his ex girlfriend. The messages dont match story
December 8, 2022
A: Her word is evidence. The court will evaluate her testimony and your son’s testimony in light of other evidence including the surrounding facts and circumstances presented in the hearing. If you think contemporaneous text messages are inconsistent with what she will say, you should make sure your son’s lawyer is aware of those text messages and presents them in an effective and persuasive manner to the court for consideration. The court will determine the weight and credibility of all the evidence. It may determine that her credibility is weak based upon the inconsistencies in the text messages.