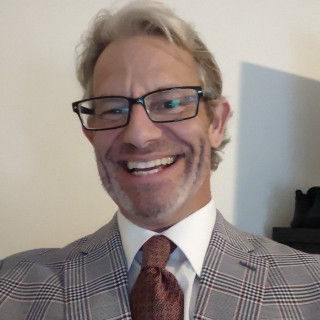 A Blue-Collar background and a drive to always improve and help those who need support. John Cucci attended Public schools from K through College and law School. A graduate of the City University of New York Law School.

John Cucci is a US Army Veteran who received and Honorable Discharge after his service in the 80s. John Cucci has been an attorney in over 500 Trials and has lost less than 5% of them.

A true Leader, John Cucci was the School President at his College at the State University if New York at Stony Brook. There he maintained a 3.5 GPA and played NCAA LaCrosse and Football.

Now John Cucci helps the homeless and veterans who need legal assistance. He provides Pro Bono legal services to Veterans and their families.

Attorney
Cucci Law Group
1994 - Current
Founded Cucci Law Group in New York City. Eventually moved the main office to Houston, Texas. Hundreds of trials on civil and criminal cases, including Murder trials and Multi-Million Dollar civil Cases. All the while John Cucci gave back to the community by logging over 100 Pro Bono Hours of work for the poor and Veterans.

Know your rights. Street Law with Attorney John Cucci. Learn about your rights when you walk the streets. What police officers can and can't do regarding search and frisk, loitering...

Q. Arrested . Posted bond on have no court date scheduled are no indictment felony its been past 180days
December 2, 2022
A: As the prior attorney said the Statute of Limitations may have been violated in your case. If the DA has missed the deadline to Indict you, you are in good shape. If the DA still has time to Indict you, then no news is good news. If there has been an Indictment from the Grand jury and then the DA has done nothing for a long while ( Over a Year ), then you can move to dismiss on a Speedy Trial Motion. Good Luck!

Q. How long does the DA have to serve indictment once arrested and out on bond in texas felony charge
December 2, 2022
A: This question involves a lot of laws and statutes. Once you are Indicted by a Grand Jury, the clock starts ticking for your SPEEDY TRIAL. The clock starts once you are arrested for the charge in the Indictment, or once you actually Answer, in court, for the charge. Once you have Answered, or appeared, to defend the charges, the 6th Amendment kicks-in, which gives you the right to a Speedy Trial. The Texas Rules of Criminal Procedure and the Texas Constitution have guidelines for the time limits on speedy trial rules. The rules are different depending on whether or not, the accused is in jail or out on bond. I hope this helps. Good Luck!

Q. My son is in jail with a bond of $75,000. He was charged with assault on a police officer. I need advice and need to
November 14, 2022
A: Try to be cool. I know you are dealing with a hard time with your son's arrest. You will get through it. First your son needs to NOT talk to the police and get a lawyer or ask for one. This will keep the cops from interrogating him. As the charges will be hard to beat, if there is any kind of defense or the cops are being cruel, you should go to your son's bond hearing if you can. The bond now was probably set right away after his arrest. If that is true, your new lawyer should file a Motion to reduce the bond amount. Then a hearing will get set to determine the new bond amount. The ability to pay is a big factor. So if you are broke or not full of money, you need to go tell the judge. Get your son a good aggressive lawyer with experience. Like me. He will need a lawyer who is not afraid. Good Luck!