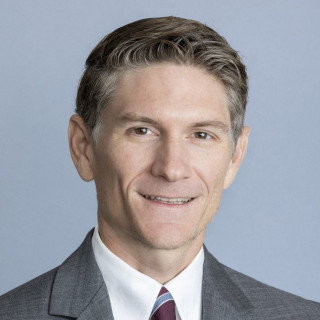 John C. Austin is a managing partner and lawyer at Roman Austin Personal Injury Lawyers. John has over a decade of experience in insurance law. He has worked for an insurance defense firm representing insurers and claimants in personal injury claims. He also has experience as an in-house attorney with State Farm’s Corporate Law Department.

John has handled thousands of personal injury lawsuits, including cases involving motor vehicle accidents, slips and falls, property damage, and wrongful death, to name a few. He has also attended hundreds of depositions (including depositions of expert witnesses), hearings, and mediations.

John’s experience and professional training make him a force in insurance law. He has seen it all as an insurance attorney, in-house lawyer, and CPCU — and from both sides. John knows exactly what insurers will do as they process your injury claim. He understands the tactics they use to undervalue or deny claims. Most importantly, he can help you avoid pitfalls that might result in you receiving less compensation than the insurer owes you.

John is licensed to practice law in the courts of Florida and is a member of the St. Petersburg Bar Association. He obtained his Bachelor’s Degree and his Juris Doctor from the University of Florida. John is a native of St. Petersburg and has spent his life and legal career in Tampa Bay.

In his free time, John enjoys spending time with his wife and two daughters. He is an active runner, cyclist, and triathlete.

If you’ve been injured in an accident, contact Roman Austin Personal Injury Lawyers to schedule a free consultation with John C. Austin. We have locations in Clearwater, New Port Richey and Tampa.

Most Dangerous Sections of I-75
Oaklandparkfl.org
June 6, 2022

4 Things to Do If You’ve Been Hit by a Distracted Driver in Tampa Bay
Tampa Bay Newswire
February 6, 2022

Should I Hire A Lawyer After A Car Accident In Tampa Bay, FL?
Florida Independent
December 14, 2021

25 Tips for Getting a Fair Personal Injury Settlement
lvnvlawyer
October 20, 2021