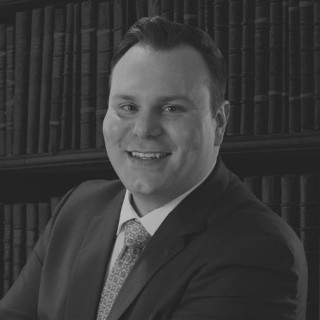 John Schleiffarth practices criminal defense law in the Saint Louis area. He represents clients charged with serious criminal charges in both state and federal court. He is a member of the Missouri Association of Criminal Defense Lawyers, the National College of DUI/DWI Defense, the National Association of Criminal Defense Attorneys, and an active member of the Bar Association of Metropolitan Saint Louis. He believes that every client deserves a bold and aggressive defense. He will fight to protect your rights. When not practicing law, John enjoys spending time with his family and the outdoors. He is a snowboarder and a hiker. John received the 2018 Client Champion Award from Martindale-Hubbell, has received multiple Clients Choice Awards from AVVO. and Has been recognized for the past four years by Super Lawyers. John has been awarded the "10 Best" in client satisfaction for DWI Defense from the American Institute of DUI/DWI Attorneys. He was a finalist in St. Louis Magazine's "Lawyer of the Year" in 2016. John been recognized for the past four years by Super Lawyers.

December 2012 Firm of the Month
Attorney At Law Magazine
2012

Use of Force in Self-Defense, USLS Training Event, 13615 Riverport Dr.
June 8, 2019
Lectured and provided Q&A on the legal and justified use of force and defense of self and others.

Q. what constitutes the right to search a vehicle
November 12, 2014
A: There are very few ways for police to legally search a vehicle. 1. Probable cause 2. Warrant 3. Search Incident to arrest (Limited to inventory) 4. Consent Specific details would be needed to discuss whether a specific search could be seen as illegal. Hiring an aggressive defense lawyer with experience in fighting illegal searches is imperative in cases like this. There are a number of motions to be filed and arguments to be made. John Schleiffarth JCS Law St. Louis, MO 314-561-9690 www.jcsattorney.com

Q. How long is statue of limitations on a theft charge ????
November 12, 2014
A: The short answer is one year for a misdemeanor and three years for a felony. There are more details needed to give you a more exact answer. If you believe you are being investigated for a crime, you should contact a criminal defense attorney right away. Theft charges are serious and can follow you for life. John Schleiffarth JCS Law St. Louis, Missouri 314-561-9690 www.jcsattorney.com