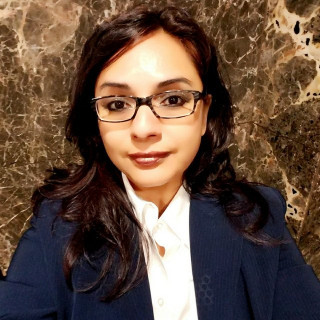 Ms. Mercado, the founder of the Mercado Law Firm, speaks fluent Spanish and has practiced law since 2006. Ms. Mercado received her Juris Doctor degree from American College of Law in Anaheim. She received her undergraduate degree from the University of Judaism in Bel Air.

Ms. Mercado also worked as an appearance attorney representing clients before the Bankruptcy Court, the Superior Court on Family Law matters and at the Workers’ Compensation Appeals Board.

Among her notable accomplishments, Ms. Mercado volunteered at the Pro Bono workshops held at the United States Bankruptcy Court Central District through the Public Law Center in Orange County where she counseled the nonprofit’s low income clients enabling them to represent themselves in court. She received a Certificate of Appreciation from the United States Bankruptcy Court Central District of California in honor of her contribution as a Pro Bono volunteer in the Central District of California.

Additionally, The Board of Governors of the State Bar of California presented Ms. Mercado with The Wiley W. Manuel Award for Pro Bono Legal Services due to her voluntary provision of legal services to the poor through Bet Tzedek.

We believe that migration is a human right. No matter where you are born, all people are entitled to seek a better life for themselves and their family. At the...

At the Mercado Law we help individuals solve their financial and legal problems debt settlement or bankruptcy.