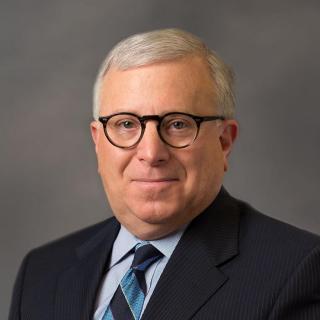 Jerome Emoff received his undergraduate degree in Psychology from the George Washington University in Washington, D.C. in 1970, and his Juris Doctorate from the Cleveland-Marshall College of Law in 1974. Mr. Emoff is admitted to practice before the United States Supreme Court, the Sixth Circuit Court of Appeals, the United States District Court for the Northern District of Ohio, the Ohio Supreme Court, and all other courts in the state of Ohio. Mr. Emoff concentrates his practice exclusively in all aspects of criminal litigation including federal and state cases at both the trial level and in courts of appeals. Mr. Emoff has extensive trial experience having served as lead counsel in more than 400 jury trials. Mr. Emoff is an adjunct professor of law at the Cleveland-Marshall College of Law, and he has served as an acting judge in the city of Shaker Heights, Ohio. He has lectured widely in public forums on matters relating to criminal law. Mr. Emoff's practice is particularly focused on complex litigation involving such varied matters as public officials accused of bribery and fraud, physicians and other professionals accused of fraud and drug trafficking, theft of proprietary information from business concerns, violation of EPA laws by manufacturing facilities, violation of anti-trust laws by competing businesses, federal conspiracy and RICO cases, criminal trademark infringement issues, and matters relating to computers and pornography. He has extensive experience in representing individuals and businesses in issues connected to Grand Jury investigations as well as comprehensive litigation experience in public corruption matters and allegations of mortgage and financial fraud. Mr. Emoff has been appointed special counsel by the Ohio Attorney General in the representation of an employee of an Ohio state agency accused of criminal misconduct in the performance of his official duties. In addition, Mr. Emoff has represented countless defendants in such varie