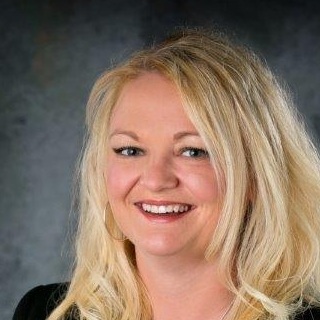 Jennifer Meyer was raised in Primghar, Iowa and graduated from South O'Brien High School. She then attended the University of Northern Iowa (UNI) and graduated with honors with a major in Finance and minors in Business Communications and Coaching in 1999. She also was a full scholarship basketball player for UNI. During her undergraduate studies, she interned with the Black Hawk County Attorney's office working with their Witness and Victim's Assistance Division. After graduating from UNI, she then earned her Juris Doctor from Drake University Law School and was admitted to the Iowa Bar in 2002. While attending law school, Jennifer clerked for the Peterson Law Firm, which practiced in the area of workers compensation and personal injury. She additionally completed internships at the Polk County Attorney's Office and Jasper County Attorney's office while at Drake. During the summer of 2000, she was selected as one of 25 first-year law students nationwide to receive a Judge Advocate General (JAG) internship from the United States Army. She was placed at Fort Stewart Georgia and was later offered a commission upon graduation from law school. After law school, Jennifer began private practice with the firm of Grimes, Buck, Schoell, Beach and Hitchens in Marshalltown, Iowa and practiced in the areas of family law, criminal law, juvenile law, estate planning, civil litigation and tax. After three years, she joined with Kelly Bennett and Joanie Grife to form the firm Bennett, Steffens, & Grife, PC. Mr. Bennett left the firm to become a prosecutor and the firm was renamed Steffens & Grife, PC. In 2010, Jennifer began her own firm of Steffens Law Office, PC which was later renamed Jennifer Meyer Law, PC after she married Mark Meyer in 2011. Jennifer and her business partner, Joanie Grife, share an office located at 25 N. Center Street in Marshalltown, Iowa. In 2014, Jennifer opened her branch office in Ankeny, Iowa located at 121 NE 18th Street, Suite B. Jennifer is