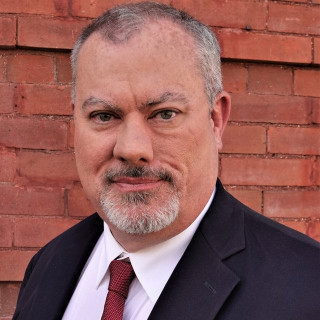 Jeffrey Caudill has experience with thousands of criminal cases. Having well over twenty-five (25) years of combined law and law enforcement experience, he has a unique insight into police tactics that he uses to protect the freedom of his clients. Facing criminal charges or injuries from a car wreck is a serious matter. Jeff believes that good people sometimes have a bad day, that everyone deserves a second chance, and thorough preparation and knowledge of the facts is key to preparing a solid defense.

Jeff is a retired Captain with the Kentucky State Police. During his career, Jeff investigated and directed the investigation of numerous murders, rapes, child sexual abuse, narcotics, and white-collar criminal investigations. In addition, he investigated an untold number of DUI cases, thefts, burglaries, domestic assaults, and car wrecks that resulted in injury and death. He knows the other side and how to spot deficiencies in the prosecutions case that can be attacked.

Jeff has never “shirked” his duty to serve the community and he never turned anyone away. As a young Trooper, Jeff was well known in the communities he served as the “go to” person when there was trouble. Routinely community members would call Jeff at home instead of calling 911 during an emergency. On one occasion, Jeff was off work and received a call at home telling him that someone had just been shot during a domestic dispute in a nearby community. While it was sometimes tiring, helping people in times of trouble is Jeff’s calling. He considers it a badge of honor that the community put so much confidence in him.

Jeff’s single focus is to fight for his clients and to treat each one like family by thoroughly preparing and knowing each case inside and out. If trouble has found you, he can help!

Outside of work, Jeffrey and his wife, Ginger, are youth pastors at their church. They also enjoy spending time with family and hiking the hills of east Tennessee.