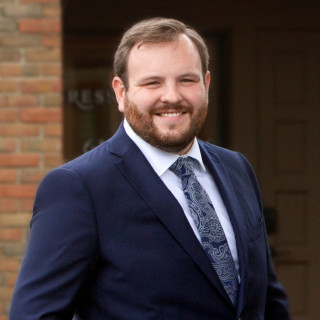 At Bressman Law, I primarily focus on one aspect of the law: Personal Injury. If you want an attorney who will go toe-to-toe with the opposition, I am your attorney.

Before Bressman Law, I worked for the Honorable Judge Frederick D. Nelson on the 10th District Court of Appeals of Ohio as a Judicial Staff Attorney. While working for the Judge, I got an insider perspective on how our court system operates; This knowledge helps me better protect your rights.

For law school, I attended the Ohio State University Moritz College of Law. I researched for Professor Arthur F. Greenbaum and Professor Steven F. Huefner during my second and third years on the topics of Ethics and Legislation, respectively. During my time at Moritz, I presided over a student group that the national organization named the “National Chapter of the Year.”

Before my career as a lawyer, I worked as a Radio DJ for a Top 40s radio station. While I prefer AC/DC to Justin Bieber, I learned valuable lessons about public speaking and thinking on my feet.

For my undergraduate studies, I attended the Indiana Institute of Technology in Fort Wayne, Indiana majoring in Communication. I graduated number one in my major and the entire college of General Studies.

While attending Worthington Kilbourne High School, I captained the wrestling team my senior year and led my team in takedowns. My love for wrestling later led me to coach at various schools locally including being the Head Wrestling Coach at Dublin Karrer Middle School.

My wife and I currently live in Westerville, Ohio.

Ohio Personal Injury Attorney Answers: Can I Sue for a Dog Bite in Ohio?

Ohio Personal Injury Attorney Answers: Can I Sue for a Dog Bite in Ohio?

What should you do if you or a friend gets involved in a motorcycle accident in Ohio?

What should you do if you or a friend gets involved in a motorcycle accident in Ohio?