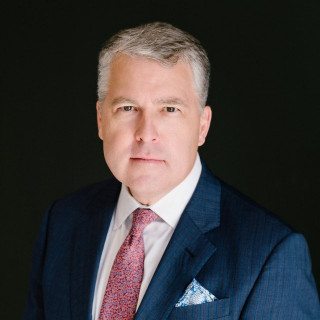 Jason Reese represents victims of personal injury, medical malpractice and wrongful death. Over the past 25 years, the Wagner Reese law firm has established a track record of unparalleled success and a reputation as the preeminent personal injury firm in Indiana.
Jason's peers recognize him one the best lawyers in Indiana. In 2019, Jason was named a "Distinguished Barrister" by the Indiana Lawyer. Prior to that, he was named “Forty Under Forty” by the Indianapolis Business Journal as one the most dynamic business and community leaders in the Indianapolis metro area. From 2004-2022, Jason has been repeatedly named an Indiana Super Lawyer and "Top 50" in Indiana as recognized by attorneys and published in Indianapolis Monthly and Super Lawyer magazines. Jason was named “Top 100 Trial Lawyers” by The National Trial Lawyers. He is a member of the Multi-Million Dollar Advocates Forum and rated a superb “10.0” rating as a Medical Malpractice Attorney by AVVO.

Mentor of the Year
College Mentors for Kids, Inc.
2017

Q. I was assulted and injuried by my manager at work what can i do.
May 23, 2022
A: You should consult an employment attorney right away regarding your rights under Indiana law. You may have claims against your employer and/or a worker's compensation claim for the injuries you sustained.