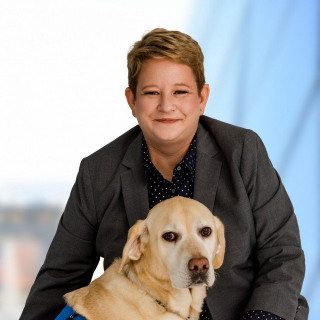 After earning two master’s degrees in Social Work and Public Administration, Janice Langbehn started her career as a social worker for the State of Washington. Upon retiring from social work, Janice became an advocate for the LGBTQ+ community, seeking equal rights and treatment for families regarding hospital visitations. In 2011 her work as an advocate for the LGBTQ+ community was recognized by President Barack Obama who awarded her the second highest civilian honor in the country: the Presidential Citizen's Medal. That same year, she was presented with the National Liberty Award for securing hospital visitation for same-sex couples throughout the United States.

After serving as a Guardian Ad Litem for five years, she set her sights on a career in law. After completing her Juris Doctor at Seattle University of Law School, Janice started practicing law as a public defender before transitioning to Family Law.

Family has always been at the heart of Janice’s career; from her time as a social worker in Child Protective Services throughout Pierce, Thurston, and Lewis County, as a Guardian ad Litem, and now a Family Law Attorney. She is committed to helping families navigate the complexities of family law, whether in high conflict custody matters, adoption, surrogacy, or dissolutions. Janice has worked with more than 1,000 children and families and acted as a foster parent throughout the years, all while raising her own four adopted children.

In the course of her career, Janice has become a Court Appointed Special Advocate (CASA) and currently serves on the Washington State Bar Association's Diversity Committee and is a member of that organization's Q-Law and Family Law section. In 2010 Janice was presented with the National Equality Award by the Human Rights Campaign.

Presidential Citizens Medal
United States of American
2011
Janice Langbehn transformed her own profound loss into a resounding call for compassion and equality. When the woman she loved, Lisa Pond, suddenly suffered a brain aneurism, Janice and her children were denied the right to stand beside her in her final moments. Determined to spare others from similar injustice, Janice spoke out to help ensure that same-sex couples can support and comfort each other through some of life's toughest trials. The United States honors Janice Langbehn for advancing America's promise for equality for all.

What is a parenting plan?

What is a parenting plan?