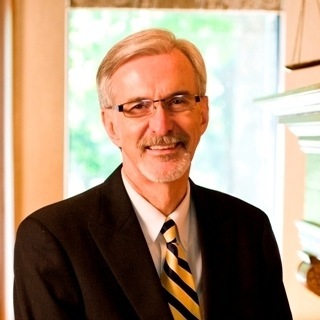 As a former teacher and school administrator, Jim Mullady brings a unique perspective to the practice of law at Meyer Capel.

Mr. Mullady is a 1991 graduate of Indiana University School of Law at Indianapolis, which he attended on a fellowship. In addition to coursework at IU, his legal education included a year at the University of Illinois as a visiting scholar. Prior to attending law school, Mr. Mullady taught social studies in the central Illinois communities of Arcola and Fisher, and served as principal of the National Academy of Arts High School in Champaign for four years.

Mr. Mullady was an honors student at Illinois State University where he earned a bachelor of science degree in 1974, with a double major in political science and sociology. He received a masters degree in sociology in 1975 and in 1980 earned an advanced certificate in education from the University of Illinois.

He has been named Attorney of the Year by the Champaign County Bar Association and received the James L. Capel Jr. Award for outstanding pro bono efforts. Read more about him in an article from the Leading Lawyers Network Magazine-Consumer Edition for 2009.