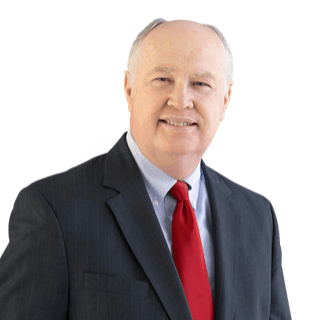 James M. Lynch, has been a practicing attorney since 1977 and is a Principal and the President of Lynch & Owens, P.C. A resident of Hingham since 1983, Jim’s experience as both an Assistant District Attorney in Suffolk County and as a litigator in all Courts in Massachusetts since 1977 has proven invaluable in his aggressive and professional representation of the clients of Stevenson, Lynch & Owens. Today, Jim specializes in probate and family law, personal injury cases and select areas of criminal law. Jim graduated from Boston College (B.S. 1973) and Suffolk University Law School (J.D. 1976). Jim was admitted to the Massachusetts Bar in January 1977 and is also a member of the Bar of the Federal District Court for Massachusetts and the First Circuit Court of Appeals. From 1977 through 1984, Jim served as an Assistant District Attorney in Suffolk County. During that time, Jim wrote and argued appeals before the Massachusetts Appeals Court and the Supreme Judicial Court and also successfully prosecuted hundreds of felony cases, many of which were tried before juries of twelve. From 1984 through 1987, Jim was employed as Senior Trial Counsel for Commercial Union Insurance Company’s Boston office and defended hundreds of personal injury cases in state and federal courts. The cases ranged from automobile accident cases to complex product liability cases tried before state and federal juries. From 1987 through 1990, Jim became associated with P.J. Piscitelli, a noted Brockton criminal trial attorney for whom he handled a thriving personal injury practice. During those years, Jim successfully prosecuted a wide variety of personal injury cases, including products liability, lead paint, closed head injury, death and other cases involving serious injury, including a bus accident case resulting in a verdict from a Suffolk County jury for $3.1 Million.

Can a Personal Injury Settlement be Divided as a Marital Asset in a Massachusetts Divorce?
L&O Blog
September 12, 2016

Harassment Orders in Massachusetts: Are They Issued Too Easily?
L&O Blog
August 24, 2016