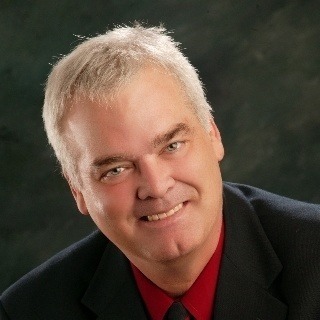 J. Michael Loomis is a native of Fort Wayne, Indiana. He attended Homestead High School. He graduated from Indiana University in Bloomington with a B.A. in Forensic Studies in 1978. Mike graduated from the University of Dayton School of Law in 1981. Mike served as an aide to U.S. Senators Richard G. Lugar and J. Danforth Quayle from 1981-1983. Mike practiced law in Fort Wayne from 1983-1984 with CAPPELLI & LOOMIS, focusing on business and real estate. In December, 1984 Mike and his wife moved to Indianapolis, where Mike served as a Marion County (Indianapolis) Deputy Prosecutor. Mike worked as a Felony Court Supervisor. Mike took a brief leave of absence to serve a term as Associate Counsel for the Senate Majority of the Indiana General Assembly in 1986. Mike worked for the Marion County Prosecutor’s Office until February, 1991. In March 1991 Mike joined a commercial litigation law firm in Indianapolis. There he worked in real estate and commercial litigation for approximately two years. Mike was instrumental in getting the law firm approved for its handling of federal banking regulatory matters in 1992. In March, 1993, Mike began serving as Senior Trial Counsel in the Allen County Prosecuting Attorney’s Office, then Chief Counsel of the Civil Division, and finally Chief Deputy Prosecutor. Mike served in that position for nearly five years. Mike returned to private law practice on October 1, 2001 as a solo practitioner. LOOMIS LAW OFFICE is located near the intersection of Homestead Road and U.S. 24 West, in southwest Allen County. Mike is admitted to practice before the Supreme Court of Indiana, all Indiana trial courts, the U.S. District Court for Northern Indiana, and the U.S. District Court for Southern Indiana. Mike also practices before the FAA and NTSB, and has appeared before several Indiana administrative and regulatory boards.