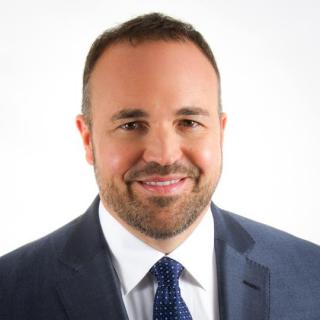 Mr. Parron has over 20+ years of executive and legal experience in the television, music and motion picture industries. He is the past-chair of the Florida Bar Entertainment, Arts and Sports Law section, a board member of the Miami-Dade County Film & Entertainment Advisory Board and an elected Grammy Governor of the Recording Academy. Prior to opening his law firm and his tenure at Universal Music Group as in-house attorney, Mr. Parron served as CEO & founder of Ritmoteca.com, Inc., the worlds first legal source for downloadable Latin music via the Internet and mobile networks. Mr. Parron is often credited as being the inventor of the online music store as the company was an early predecessor to the now highly successful Apple iTunes business model. Mr. Parron helped pioneer the deal structure for digital distribution of music, signing digital distribution agreements with over 60 top independent record labels and aggregating exclusive digital rights to over 600,000 music tracks and videos including exclusive digital distribution rights to catalogs of artists like Tito Puente, Marc Anthony and Celia Cruz. His vision and business savy also led his company to become the first Latin music venture to sign digital music distribution deals with the major record labels including Sony Music, BMG Music, Warner Music Group and Universal Music Group, securing his position as a dealmaker. Under his leadership, Ritmoteca forged strategic alliances with companies including Microsoft, AOL, Real Networks, Nokia, Motorola, MusicNet and Napster. Mr. Parron built the company up to 200 employees with satellite offices in Europe backed by private and institutional investors including Bain Capital in Boston. Prior to Ritmoteca, Mr. Parron founded Internet Marketing Consultants in 1994. He consulted for international media brands including MTV, Nickelodeon & Discovery Channel.

The Florida Bar Entertainment, Arts & Sports Law Section
Executive Board Member/ Treasurer
2010 - Current
Activities: Elected by peers as executive board member and treasurer in 2010-2011 and again in 2011-2012.

How Private Are Anthony Weiner's Privates?
The Huffington Post
June, 2011

Q. Is a satire I've created based on another work considered fair use? Can I sell it?
March 21, 2018
A: "Fair Use" is not an affirmative right, it is only a defense. In other words, you would have to be sued first and use the "Fair Use" arguments as a defense. You should consult with an experienced entertainment lawyer before taking any action or inaction.

Q. Who owns the raw film footage for a documentary? We raised funds on Kickstarter but under the name of guy who got paid.
March 15, 2017
A: Unfortunately it does not sound like you have a very good claim. The person who films or records anything is by default the copyright owner absent a written work for hire agreement. That is precisely why the co director/editor refused to sign a contract, so that he owns the result. You may have some leverage with legal rights in preventing him from releasing or exploiting the film but he owns it. You should consult with an experienced entertainment lawyer for advice and options after hearing more details.

Q. Is it possible for fans to help a music artist buy their way out of their contract?
December 20, 2016
A: You need to consult with an experienced entertainment attorney who can give you good advice. Do a search on Justia