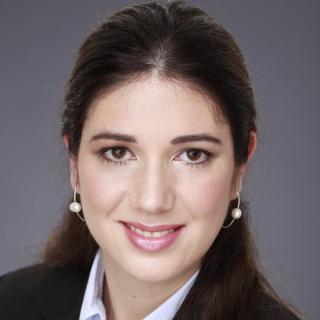 Isabel Yague is a business and franchise law attorney with extensive experience in both corporate counsel and law firm positions in the U.S. and Spain. Over her legal career, Ms. Yague acquired wide experience drafting and negotiating various types of complex contracts and agreements to advance business interests of her clients in Latin America, Europe, and the United States. In Spain, Isabel Yague was a corporate attorney at a multinational insurance company Mapfre Empresas. In the U.S., Isabel worked as a corporate counsel for two international franchisors – 100 Montaditos and Hair Club for Men. Also, she was first an Associate Attorney and then a Chairperson of General Counsel and Franchise Law departments at two Miami-based law firms. Throughout her legal career, Isabel Yague has helped hundreds of small and medium-sized entrepreneurs grow their business in different countries. At Viera Yague Law Firm, Isabel Yague advises corporate clients and individuals on franchise law including federal and state specific disclosure laws, business transactions, corporate, contract, and insurance law issues. Isabel was born in Venezuela and grew up in Spain. She’s an attorney admitted to practice both in Spain and the United States (Florida). She graduated from Universidad Autonoma de Madrid with a double major in Law and Political Science. Isabel is fluent in Spanish, English, and French. A few years later, Isabel moved to Florida and enrolled at the University of Miami School of Law, where she completed coursework in the LL.M. in Comparative Law program and obtained a Juris Doctor degree. Having law degrees from both a civil law country (Spain) and a common law country (the US), Isabel Yague is particularly well-qualified to advise clients from Latin America and Europe. Being knowledgeable in the nuances of both civil and common law systems, Isabel can relate American legal concepts to her Latin-American and European clients in their own language with legal precision.

How to franchise your business in the U.S., APEX Brazil, Miami, FL
January 27, 2017
APEX Brazil

Webinar: How to franchise your business in the US, Calderaro Tyrell Law Group, Webinar
December 15, 2016