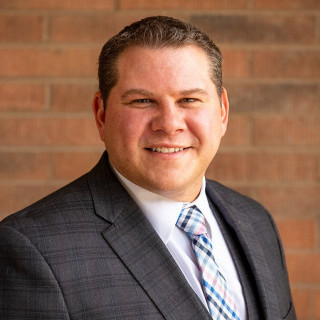 Attorney Howard Dworman is a DUI & Criminal Defense attorney with Rosenstein Law Group, law firm in Scottsdale, Arizona. Serving clients throughout the Greater Phoenix metro area and all across the state of Arizona, Mr. Dworman focuses his practice primarily on criminal defense. To find out more about how attorney Howard Dworman can best advocate on your behalf and help you fight the criminal charges you face, you can contact Rosenstein Law Group by calling our law office at (480) 248-7666 or visiting our website to schedule a free initial consultation.

Attorney Howard Dworman was born and raised in Detroit, Michigan. In 2006, he earned his BA in Criminal Justice from Western Michigan University. During his studies, he was an active member of the Criminal Justice Student Association and a Teaching Assistant for a variety of criminal justice and sociology courses. Howard proudly received a certificate of appreciation from the College of Arts and Sciences for his work as a teaching assistant.

In 2013, Howard retired from community corrections to attend law school. During his studies, he was the president and founder of the Criminal Law Society and participated as a student defender for the Honor Court. He was elected by his peers as a delegate to the Student Bar Association, as well as advancing his integrity with the Phi Alpha Delta national law fraternity as chapter Marshal. In 2015 Howard was awarded the prestigious Danny A. Foundation Memorial Scholarship in Criminal Law. Howard graduated in 2015 earning his Juris Doctorate. He graduated near the top of his class and received several Dean’s List awards.

Howard began his career as an associate attorney with a local law firm and expanded his experience working for the Arizona Attorney General’s office and the Maricopa County Public Defender’s office and is now a DUI and Criminal Defense attorney with Rosenstein Law Group.

Arizona
State Bar of Arizona
Since 2016