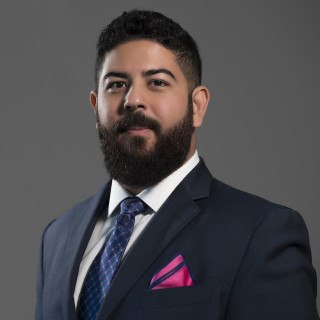 Houtan left his hometown of Toronto, Canada in 2005 to attend college in California at the University of California, Riverside, where he received a B.S. in Business Administration. Always told he was a good advocate and that he had an affinity for argumentation, Houtan began law school at Thomas Jefferson School of Law in San Diego, California, in August of 2010. During his academic career at Thomas Jefferson, Houtan was granted a Jeffersonian Fellowship for his outstanding academic achievement, among other accolades. He has also served in numerous leadership capacities, including as Treasurer for the Student Bar Association and for the law school's Middle Eastern Law Students Association.

Deeply committed to entertainment and the protection of creativity, Houtan focused his legal studies on issues related to intellectual property and entertainment law. He has served as a staff law clerk at Thomas Jefferson's Arts and Entertainment Law Project at the Small Business Law Center, where he has acted as a legal advisor on intellectual property and business-related issues to low-income artists, actors, dancers, writers, musicians, filmmakers, and related non-profit organizations.

After becoming licensed, Houtan began practicing law in the fields of immigration and entertainment and later founded the Yaghmai Law Firm, APC in August 2015. The firm's practice centers around extraordinary ability immigrant visas for athletes, entertainers, actors, actresses, musicians, artists, executives, and other individuals with extraordinary ability who are at the very top of their field.