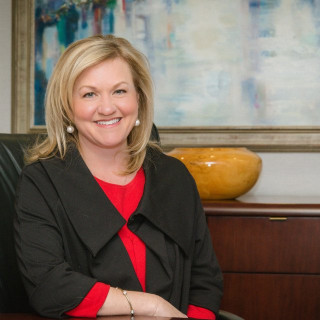 Heather G. Anderson graduated Magna Cum Laude from the University of Tennessee where she was Phi Beta Kappa. She earned her law degree from the University of Memphis School of Law and while there, received the Dean’s Award for Excellence in Trial Advocacy as well as served on the Tennessee Journal of Practice & Procedure. In her time practicing, Heather has represented clients ranging in size from individuals to small businesses to Fortune 100 companies. She has the rare distinction of being named a Top 40 Under 40 attorney in two cities and regions in the state, by the Greater Knoxville Business Journal in 2012 and the Memphis Business Journal in 2002. Heather’s commitment to the law and her clients makes an impact wherever she goes.

Lawyer of the Year
Best Lawyers in America
2021

YWCA Knoxville
Past Board Member
Current

Sertoma Center of Knoxville Foundation Board
Past Board Member, President
Current

Is it a hostile work environment of just horseplay?
Knox News Sentinel
August 21, 2016

Tips for compliance with ADA
Knox News Sentinel
May 29, 2016

That left a mark, but not the mark of the beast
Knox News Sentinel
February, 2016

When telecommuting is a reasonable accommodation
Knox News Sentinel
April, 2015