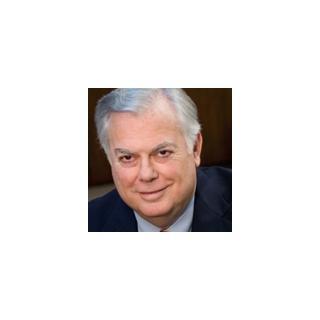 Mr. Bartholomew, a native of Elk Grove, California, received his Bachelor of Arts degree in Political Science at the University of California, Davis, in 1968 and his Juris Doctor in 1971 from the same institution. Formerly a partner for 15 years with the law firm of Desmond, Miller, Desmond & Bartholomew, he co-founded the firm of Bartholomew & Wasznicky in 1989. He is a retired captain in the United States Army Reserve and is a licensed real estate broker. In addition to membership in the California Bar, he is admitted to practice before the United States Supreme Court, the United States Tax Court, and the United States Court of Claims. Mr. Bartholomew is a Fellow of the American Academy of Matrimonial Lawyers, as well as the International Academy of Matrimonial Lawyers, and is certified by the State Bar of California as a Family Law Specialist.

Senior Partner
Bartholomew & Wasznicky LLP
1989 - Current
Mr. Bartholomew co-founded the firm of Bartholomew & Wasznicky in 1989. The Sacramento family law and divorce lawyers at Bartholomew & Wasznicky LLP understand that your case is the only one that matters, and you need us to get things right the first time. Our attorneys, some of whom are Certified Family Law Specialists, offer over 65 combined years of experience in California family law. Our practice of law is exclusively limited to family law matters. If you are searching for an experienced law office for your pending divorce, contact the Sacramento family law attorneys’ offices of Bartholomew & Wasznicky LLP. Family Law Practice Areas Divorce and dissolution Child custody and visitation Spousal support Child support Paternity Domestic violence and restraining orders Judgment modifications Out of state custody proceedings Tax issues of divorce Premarital agreements Legal separation and annulment Registered domestic partnerships Collaborative family law Divorce mediation We stay current with California family law matters through ongoing continuing education and by maintaining memberships in several professional legal organizations, including: American Bar Association • State Bar of California • American Academy of Matrimonial Lawyers • Sacramento County Bar Association