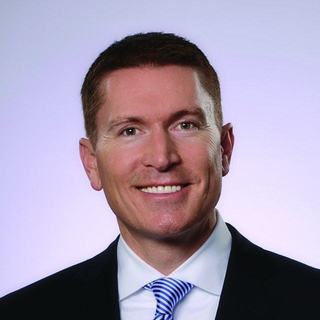 Attorney Grant C. Travis is the founder of The Travis Law Firm. A very highly regarded personal injury and criminal defense law firm in northwestern Pennsylvania. Attorney Travis is highly respected in the motorcycle community for his work representing those injured on motorcycles. He is a tireless advocate for families who have suffered the loss of a loved due to the negligent acts of another whether in motorcycle, or car accidents, or other tragedies including medical negligence and nursing home abuse. Attorney Travis and his firm is also the go-to team for injured workers. He and his team are counted on to vigorously represent injured workers in their workers' compensation claims. They have a great track record of obtaining outstanding settlements on behalf of injured workers. Attorney Travis has negotiated hundreds of successful settlements on behalf of victims of serious injuries and wrongful death. He has won numerous cases at arbitrations. He has also obtained countless fantastic resolutions and settlements for clients at private and judicial mediations. Attorney Travis has also litigated hundreds of cases including cases that he has tried to a jury and successfully won verdicts on behalf of his clients. All told he has successfully recovered tens of millions of dollars on behalf of his clients. Attorney Travis has received numerous professional honors including recognition by Pennsylvania Super Lawyers, The Best Lawyers in America, and Who's Who in American Law. As a criminal defense lawyer, Attorney Travis has successfully defended individuals throughout Pennsylvania. He has handled over 5,000 criminal cases and over 1,000 Driving Under the Influence (DUI) cases. He has vast experience defending nearly every type of criminal case imaginable, from street crime to white collar crime. Attorney Travis regularly defends individuals in the district justice, county, and federal court system.

Chosen for Induction
Who's Who in American Law
2005

Rising Stars
Super Lawyers
An honor bestowed upon just 2.5 percent of all Pennsylvania attorneys Honored as one of only 55 lawyers (age 40 or under) in the state recognized in the field of personal injury law

Workers’ Compensation Attorney – Work Related Injury Injury Attorneys With Offices in: Erie PA, Edinboro PA, Warren PA Serving Erie, Crawford and Warren Counties, and All of Northwestern Pennsylvania Workers’ compensation provides money and medical benefits to an employee who suffers an on-the-job accident, injury, or occupational disease. Workers’ compensation laws are designed to protect workers and their dependents against the burden of a serious injury in the workplace. Workers’ compensation can include payments in lieu of wages, compensation for economic loss (past and future), reimbursement or payment of medical and like expenses and benefits payable to the dependents of workers killed during employment. http://thetravislawfirm.net/injury-practice-areas/workers-compensation/

DUI Defense Attorneys of The Travis Law Firm Law Offices in: Erie PA, Edinboro PA, Warren PA If you have been charged with a DUI, it is in your best interest to consult with an experienced DUI defense attorney from The Travis Law Firm immediately. If this is the first time you have been in legal trouble, you need to know your rights – your freedom depends on it. Every DUI defense attorney at our law firm understands the most current PA DUI laws and knows how to get you the best possible outcome for your case. Serving Erie, Crawford and Warren Counties, and All of Northwestern Pennsylvania http://thetravislawfirm.net/criminal-defense-attorney/pa-dui-lawyer/

Pennsylvania Car Accident Attorney Law Offices in: Erie PA, Edinboro PA, Warren PA Serving Erie, Crawford and Warren Counties, and All of Northwestern Pennsylvania If you or a family member is involved in a serious automobile accident or collision, you may be entitled to recovery of damages by a negligent party’s and/or your own insurance company. It is important to act quickly after being involved in a car accident, your actions can impact your potential damages. The Travis Law Firm is experienced in motor vehicle litigation and will protect your rights as an auto accident victim. Contact our car accident lawyers – serving Erie, Crawford and Warren Counties, and all of Western Pennsylvania – if you have been involved in an auto accident. http://thetravislawfirm.net/injury-practice-areas/car-accidents/