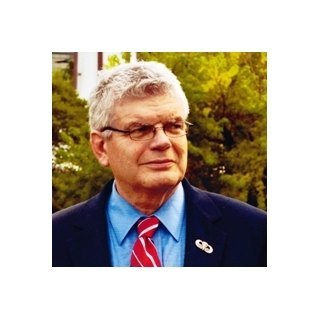 I worked hard at writing this part, as it does not come easy for me; so I hope you will actually read it. I have tried over 500 jury trials,civil and criminal, and countless judge and administrative trials, motions and hearings. Over 25 of my appeals have been published. I have had two legal articles published and I have given presentations on state constitutional torts at the Montana Trial Lawyers Annual Convention. During my 21 years in Montana, I was considered one of the best DUI lawyers in the state, being hired many times to give continuing legal education classes to other lawyers on that subject. Some of my cases caused statewide changes in the law, such as:(1) the HGN eye test now denied use in DUI trials except under limited circumstances;(2 A case I handled start to finish which established a new right to sue police or anyone else, for money damages, for violating someone's rights under the Montana State Constitution;(3) Another case of mine established that police coordination tests in DUI/DWI cases are searches that violate the 4th Amendment absent a particularized suspicion of drinking and driving;(4) I had Montana's entire set of statutes plus a hundred years of practice of using ex parte Writs of Execution to search for, seize and sell peoples' personal property to pay off judgments held unconstitutional for violating due process, the 4th Amendment, and other rights; (5) I had a federal court of appeals rule a disorderly conduct statute to be unconstitutional on its face and as applied by the police and courts and won an order to stop using that statute, forever; (6) I had another federal court of appeals rule that Montana's written notice to motorists that their driver's license would be seized if they did not take a breath test to be full of constitutional violations mostly on due process grounds, and the State had to stop using it. Myself and an attorney from the Montana Attorney General's Office wrote a new notice which is basically the same one being used today. I am a 12 yr. member of the National College for DUI Defense and was recently asked to apply for the Board of the Texas Criminal Defense Lawyers Ass'n. I do not work all the time, however. After not seeing her for 35 years, I "re-met" and married my high school sweetheart in 2004 and relocated from Red Lodge, Montana, to Austin, Texas, my home state and where I got my education. I love to fly fish, hike, jog, read, eat out or in or anywhere else,travel, play the banjo and guitar and sing music. I love good conversations and watching the Texas Longhorns. I have a beautiful 27 year old daughter. I grew up on a cattle ranch at Cut 'n Shoot, in Montgomery County, Texas. My family moved to Texas two years before the Alamo, and I have a brand certificate to prove it. My family has fought in almost every war this country has had, from the French & Indian War, the American Revolutionary War, the War of 1812, and the War Between the States to World War I, World War II and the Korean War. I was taught to respect people as well as mother nature, to honor my elders, to speak the truth in all things, to treat people like I want to be treated, and to say, "Yes ma'am" and "no ma'am", "yes sir" and "no sir," and I still do.

Owner/President
Thomas Law Office, P.C.
1983 - Current
Focus on criminal defense and civil litigation. Had the HGN tests ruled inadmissible in Montana except under limited circumstances; had the police coordination tests ruled a 4th Amendment search requiring a particularized suspicion of drinking and driving; had Montana's statutory scheme for writs of execution ruled unconstitutional; established a new cause of action for violations of Montana's Constitution; published 2 articles, gave numerous lectures on constitutional litigation and DUI/DWI Defense, was one of 7 finalists for a new district judgeship, and have had over 25 cases published in Texas, Montana and South Dakota.

Executive Director
EAST TEXAS LEGAL SERVICES
1977 - 1982
I was the first employee and Executive Director of East Texas Legal Services. When I started work, I had nothing but a bank account. Three years later, we had 8 law offices, about 50 lawyers, 50 paralegals and scores of secretaries, a librarian, a deputy director and an accountant. We covered 56 counties in East Texas. My life was threatened and a cross burned in my yard when I was responsible for filing a suit to integrate 56 public elderly housing projects in all 56 of our counties. We won the case.

Conviction of Reckless Driving As Collateral Estoppel on the Issue of Punitive Damages in a Civil Trial
Trial Trends
April, 1987