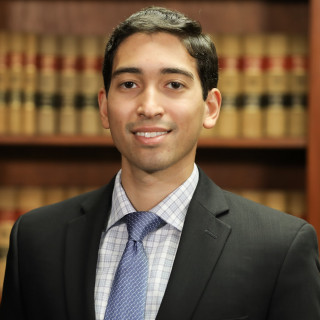 Gary "Neil" Ripley hails from Alexandria, Virginia. As of September 3, 2019, he is an associate attorney with Greenwood Law. Neil is fluent in three languages including English, Spanish, and French. After graduating from high school as an AP Scholar, Neil attended the University of Virginia (UVA) where he double-majored in Government with a concentration in Political Theory, and History with a concentration in Russian Political History. He was a member of UVA’s Men’s Rugby Team, UVA’s Men’s Rowing Team, and the Crisis Director for the Virginia International Crisis Simulation at the International Relations Organization.

After graduating from UVA, Neil worked as a paralegal in the Fraud Section of the U.S. Department of Justice. It was this job that inspired him to attend law school at the Wake Forest University School of Law. He believes that everyone deserves a fair chance in our justice system. As an attorney, he believes that it is his duty to guide our clients through the complexity of the court system. He says, “Everyone has a story, and I see it as my job to listen, to understand it, and to represent it as best I can.”

In his spare time, Neil enjoys spending time with his wife, family, and friends. He is an avid movie watcher, and he enjoys travelling, rugby, playing the piano, brewing mead, and discovering new foods.

U.S. District Court for the Middle District of North Carolina
Since 2019