Gary Martin Hays’ legal accomplishments include being a member of the prestigious Multi-Million Dollar Advocates Forum, a society limited to those attorneys who have received a settlement or verdict of at least $2 million. He has been recognized by Atlanta Magazine as one of Georgia’s top workers’ compensation lawyers as voted on by other lawyers in Georgia. Gary frequently lectures to other attorneys regarding personal injury and workers’ compensation claims.

His videos on certain areas of Georgia law have been watched over five million times, making him the most viewed attorney in Georgia on Facebook and YouTube. Since 1993, his firm has recovered nearly $1 billion for injured victims and their families.

Attorney Gary Martin Hays is a co-creator, legal producer, and legal commentator for Personal Injury Court. He currently hosts the “The Intersection: Where Country and Faith Come Together” on New Country 101.5. In the past, Gary hosted the “Georgia Legal News Update” for Atlanta's CW Network, as well as “The Wise Counsel Project” as featured on 104.7 The FISH). To date, Gary has appeared on over 110 radio stations.

He has interviewed Bret Baier, Jeff Foxworthy, Coach Tony Dungy, Governor Nathan Deal, and Dr. Alveda King. He has been quoted in USA Today, The Wall Street Journal, and featured on over 250 online sites including Morningstar.com, CBS News’s MoneyWatch.com, and The Boston Globe.

Best of Gwinnett
Guide to Gwinnett
2017

The Authority On Personal Injury Claims: The Definitive Guide for Injured Victims & Their Lawyers in Car Accident Cases
We Published That, L.L.C.
April, 2013

Consumer's Advocate: Today's Leading Attorneys Share Their Secrets on Finding Justice for Those Who've Been Wronged & Protecting Those In the Right!
CelebrityPress
March, 2013

The Authority On Child Safety: How to talk to your kids about their personal safety without scaring them
We Published That, L.L.C.
December, 2012

The Authority On Tout: How to Use Social Media's Newest Video Sharing App to Engage Your Community and Grow Your Business
We Published That, L.L.C.
November, 2012

The Success Secret: The World's Leading Experts Reveal Their Secrets for Success in Business and in Life.
CelebrityPress
May, 2012

Injured in a car accident? Hire an attorney who specalizes in Personal Injury

What is my Personal Injury Case Worth?

What Is My Personal Injury Case Worth? You’ve been hurt in a car accident. You need medical treatment. The paychecks have stopped coming in, but the bills haven’t. And you need your car repaired. You have a lot of questions and worries. Hi, I’m attorney Gary Martin Hays. We help answer those questions and take the worries off of you and your family - so you can focus on going to the doctor and getting better. One question I am often asked whenever a potential client calls my firm for their FREE, Confidential, initial consultation is: “What is my case worth?” The only honest answer that I - or any attorney can give you - especially if the wreck was very recent - is “I don’t know.” But let me explain my answer and put this in more context for you . . . If any attorney could be in a position to tell you the value of your claim, I’d be the one. My firm has handled over 37,000 claims since 1993 - working only for injured victims. This is all we do - day in, day out. Before 1993, I used to represent insurance companies on the other side of these claims. I would defend the people that actually caused the wrecks. Before anyone can provide you with the value of your claim, there are some very important questions that need to be answered. Here are just a few of the factors we consider when we “value on a claim.” Our evaluations are not just based on the facts and the law, but upon jury verdict research, as well as our experience handling over 37,000 claims for injured victims and their families here in Georgia. Let me at least highlight 9 FACTORS WE CONSIDER WHEN VALUING A CLAIM: (1) The impact of the crash - how much property damage was there to the vehicles? - did the air bags deploy? - was the vehicle(s) towed from the scene? (2) The severity of the injuries - were the injuries visible at the scene? - was the injured victim transported by ambulance? - any broken bones, scarring? - surgeries or surgical recommendations? - are the injuries permanent and disabling? (3) The amount of the medical bills and lost wages. - the type of medical treatment sought for the injuries? - the credibility of the doctor(s) involved? (4) Was the Defendant under the influence of drugs and/or alcohol at the time of the wreck? - We look at the driving history of the Defendant. - Did the Defendant attempt to flee or actually flee the scene of the wreck? (5) Was the wreck caused by a Tractor Trailer or commercial vehicle? - driver fatigue involved? - did the driver have a valid CDL (commercial driver’s license)? (6) What company insures the Defendant? - Has the insurance company accepted responsibility for the wreck? - Did they pay for the property damage to your vehicle? - What are the insurance limits? (7) Who is your insurance company? - Do you have med pay coverage - which is like health insurance on your vehicle? - Do you have Uninsured Motorist’s/Under-insured Motorist’s limits? These are just a few of the questions we need answered before we can assess the value of your claim. And please - let me stress this to you: It is NEVER a good idea to try and settle your claim with an insurance adjuster on your own - especially if you do not have any idea about the full nature and severity of your injuries. They are not in business to try and give you all the cash and benefits you are entitled to receive. You need someone that is an expert in these cases. I wrote the #1 Best Selling book on Amazon.com - “The Authority on Personal Injury Claims in Georgia - The Definitive Guide for Injured Victims and Their Lawyers in Car Accident Cases.” We know what we are doing - so let us put our experience to work for you. You have absolutely nothing to lose by speaking with me for your free consultation on a claim. But think of all you could lose if you don’t! Just pick up the phone right now and give us a call at (770) 934-8000. You owe it to yourself - to your family - to get the help you need. 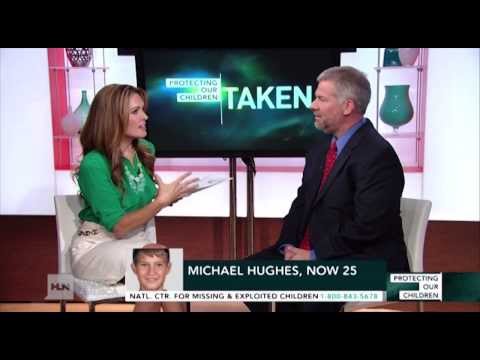 Learn more about Gary here: http://www.garymartinhays.com/personal-injury/working-for-personal-injury-victims Gary is not only an attorney, he is also a best-selling author & child safety advocate who has appeared on many of the major news networks to help educate people about how they can keep their kids safe. He recently appeared on a CNN HLN segment called Raising America where he discussed ways to help keep kids safe