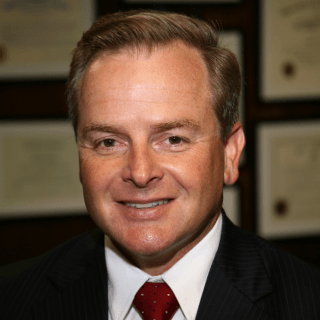 In addition to being a practicing attorney and co-founder of Wilson McCoy, P.A. with Nathan McCoy, Gary represents both individuals in civil rights and discrimination claims, non-compete and other employment issues, but also defends employers in such matters. Gary also represents unions and their members in disciplinary grievances, arbitration, unfair labor practice hearings, and collective bargaining negotiations.

With more than 25 years of employment law experience, Gary’s work as an employment and labor law attorney has been recognized by publications and his peers, consistently naming him as one of the “Best Lawyers in America,” a Florida “Super Lawyer,” and one of Orlando’s “Best Attorneys.” He is admitted to practice before the United States Supreme Court, the U.S. Court of Appeals for the Eleventh Circuit, the U.S. District Courts for the Middle and Southern Districts of Florida, and all State courts in Florida. Gary is also a Circuit Civil mediator certified by the Florida Supreme Court, and also a Florida Supreme Court qualified arbitrator.

Gary graduated with a Bachelor of Science degree in Real Estate from Florida State University, and earned his Juris Doctor degree from the University of Mississippi School of Law, where he received the Julius Owen Memorial Scholarship in Law, the Dean's Distinguished Service Award, was a student body senator, served on the Moot Court Board, and was named to "Who's Who Among American Law Students."

In addition to his legal work, Gary regularly volunteers his time to non-profit organizations, serves as an officer in his church, has engaged in missions with his church, and has served his University on several boards. In fact, because of his distinguished career and dedication to his alma mater, the Florida State University awarded him with entry into the University’s “Circle of Gold,” one of the University’s highest honors.