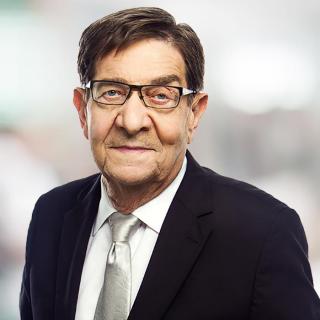 He is a member of the Inner Circle of Advocates, an organization limited to 100 members throughout the country, and has been listed in every edition of the publication "Best Lawyers in America."

Mr. Levin received the "Perry Nichols Award" in 1994, which is the highest honor bestowed by the Florida Justice Association, and is given in recognition for a person's lifetime achievements in the pursuit of justice.

In 1999, the National Law Journal named Mr. Levin as the top civil litigator in Florida. This honor encompassed plaintiff and defense counsel. Also, in 1999, Mr. Levin was honored at the United Nations by being made a Chief in the Republic of Ghana. This honor was bestowed on Mr. Levin because of his lifetime of dedication to equal justice for people of all races.

At Levin Papantonio, our Pensacola Personal Injury Attorneys focus on representing individuals who have sustained physical injuries through the fault of others, and most often involving one of the following:...