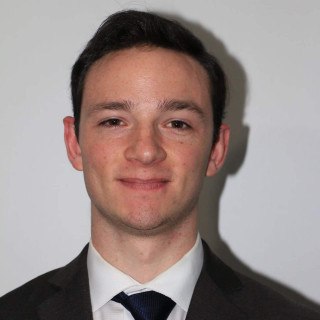 Attorney Stoker is the principal attorney of Stoker Law Firm. He is the second youngest out of five children with three brothers and a sister which led him to thrive on competition. His mother often reminds him of when he was in elementary school telling her he wanted to be a lawyer.

While attending Suffolk, Attorney Stoker served as a fellow in the Marshall-Brennan Constitutional Literacy Project, studied international law at Lund University in Sweden, and earned a concentration in Business Law and Financial Services.

Attorney Stoker's legal career began with an internship his senior year at Merrimack with Gomez & Palumbo, LLC where he was introduced to client-focused legal services. While in law school, Attorney Stoker also worked with the clerk's office for the Supreme Judicial Court of Massachusetts's Single Justice session drafting memoranda for the clerks and justices and reviewing various petitions to the court. Additionally, Attorney Stoker worked as a trust associate with Loring, Wolcott & Coolidge Trust Company reviewing trust instruments and wills as well as researching "uniform laws" between the 50 states for the company's many clients.

Upon graduating from Suffolk University Law School, Attorney Stoker applied and was admitted to practice before the Supreme Judicial Court of Massachusetts. His first role as an attorney was with Jouret LLC, a Boston firm focused on civil litigation and appeals. While at Jouret LLC, Attorney Stoker honed his drafting skills while working on civil complaints, responding to complaints, and propounding discovery.

If you'd like to learn more, please visit www.stokerlawfirm.com.

United States District Court for the District of Massachusetts
ID Number: 703983
Since 2019

United States district Court for the Southern District of California
ID Number: 326566
Since 2021

Q. Can I put a minor on the Transfer on Death Deed for my house IF I designate a UTMA custodian for the minor in my will?
February 12, 2021
A: If your ultimate concern is that your child may still be a minor by the time the property passes, you should consider the option of establishing a trust. The trust can provide guidance as to the trustee's power to sell and duties owed to your child. Furthermore, creating a trust now can simplify the will drafting process. You should use the Find a Lawyer tab at the top of the page and consult with a lawyer about the respective benefits and consequences of both methods.

Q. Does taking a breathalyzer create a legal 90-day suspension contract for first offenders? (Massachusetts)
February 12, 2021
A: There is no contract here. Driving is a "privilege" and not a right and therefore it is easier for the government to suspend or revoke your driving privileges. You should use the Find a Lawyer tab at the top of the page and consult with an attorney about the next steps, if not in the very least to represent you in the related criminal case.

Q. Does a ‘use and occupancy right’ in a will entitle the beneficiary to also maintain all items in the residence?
February 12, 2021
A: Your question is confusing, the "'use and occupancy right' in the will" and a reference to "trust property" implies that there may have been a testamentary trust established. The items within the residence that are not "fixtures" are governed by the will provision relating to personal property. Without more information as to how the will and potential trust distribute assets, that is all I can say. You should contact an attorney for a consultation in which you can explain the situation in more detail and, if possible, provide a copy of the trust/will instrument(s).