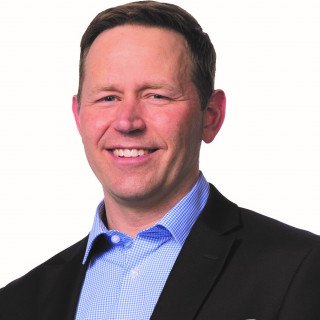 Eric is a partner in the firm and practices in all areas of personal injury law, including wrongful death, car accident, premises liability, product liability, professional negligence and workers’ compensation cases. Eric is licensed to practice law in state and federal court in both Minnesota and Wisconsin.

Eric was born in Duluth, Minnesota. He grew up along the North Shore where he worked in his father's business until he graduated from the University of Minnesota-Duluth, magna cum laude. He spent three years in the Twin Cities and graduated with honors from William Mitchell College of Law in St. Paul. Eric eagerly returned to Duluth upon graduating, and started his legal career in 1998. In 2003, Eric was named an "Up and Coming Attorney" by Minnesota Lawyer. This award was an honor bestowed upon a select group of attorneys who had distinguished themselves within their first 10 years of practice. Eric was named a 2019 Minnesota Super Lawyer honoree; Super Lawyer honorees are selected from an annual survey and the distinction is bestowed on less than 5% of Minnesota's practicing attorneys. Previously, Eric was also been recognized by Super Lawyer as a "Rising Star" honoree six times. After more than 18 years of legal practice in personal injury law with Falsani, Balmer, Peterson, Quinn & Beyer in Duluth, Eric joined SiebenCarey's Duluth office in 2016.

As a life-long Duluthian, Eric finds the outdoors to be a perfect way to energize for his career as a litigator. When not advising and representing clients, he embraces all that makes the northland his home. He enjoys canoeing with his wife and kids, both on "the Big Lake" when the wind allows, and inland when his schedule does. He grouse hunts with his dog, and fishes for brookies, 'loopers' and steelhead near his home in the winter and spring. He still plays hockey, and he also makes time to curl as a member of both the Two Harbors and Duluth Curling Clubs.