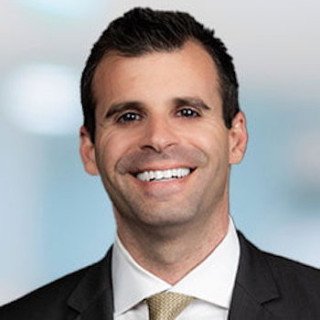 Eric began his legal career as a prosecutor at the Office of the State Attorney in Broward County, Florida, where he tried dozens of jury trials and countless bench trials to verdict. Mr. Rosen left public service to pursue his passion for helping people who have suffered due to someone else’s misconduct. Mr. Rosen then rose through the ranks to become a partner at a prominent South Florida personal injury and wrongful death firm. For over a decade, Eric dedicated his practice to catastrophic injury and wrongful death cases. After unparalleled success, Mr. Rosen pursued his dream of opening his own law firm and established Rosen Injury Law, P.A. As a Fort Lauderdale accident lawyer, he expanded his practice to not only include catastrophic injury and wrongful death cases, but to also help those who have suffered a range of injuries that may not be life threatening, but still result in serious pain, inconvenience and loss of enjoyment of life.

In addition to his law school education and his career in both public and private practice, Eric is also a graduate of the renowned Trial Lawyers College established by Gerry Spence; one of the country’s premiere trial schools. This is an intensive three-and-a-half-week trial skills program held in Dubois, Wyoming, by top litigators and trial instructors from around the country. While there, Eric immersed himself in new trial techniques for jury selection, opening statement, direct and cross examination, and closing arguments. He incorporates those skills to this day.

As a Fort Lauderdale injury lawyer, Eric has served on the faculty for the National Institute of Trial Advocacy where he has taught trial skills to lawyers from around the country. He also spends time teaching law students and high school students about personal injury practice, product liability, and trial practice.

Florida
The Florida Bar
Since 2007

Legal Aid Services of Broward County
Board of Directors
2019 - Current