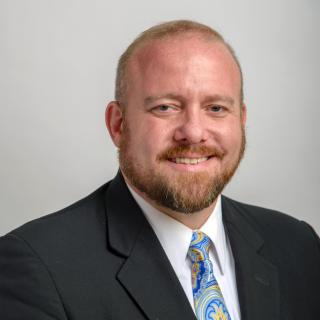 Eric D. Yost, a Staunton personal injury lawyer currently practicing in Central Virginia, has developed a unique skill set that includes an understanding of people, insurance claim processes, negotiations, mediations and litigation. He has developed an extensive list of referring attorneys in Virginia and throughout the United States. He is often called upon by other industry leading attorneys to assist with unique or difficult issues with their cases, trial preparation, litigation and mediations. Eric has worked primarily in Virginia since becoming an attorney but has also practiced in West Virginia. He was the managing attorney at his past firm’s Staunton and Harrisonburg offices, where he devoted his practice to the representation of injured people. He has been described as an “out of the box” thinker and enjoys resolving complex issues that others tend to shy away from.

He has been recognized as a “Rising Star” by Super Lawyers Magazine several times. More notably, he has earned the recognition of “Super Lawyer” by the same publication—fewer than 2.5% of the eligible practicing attorneys in Virginia are honored with this distinction. The transition from “Rising Star” to “Super Lawyer” is evidence of his continuing growth as an attorney and litigator. He was listed as “Top 40 under 40” and “Top 100 Trial Lawyers” by the National Trial Lawyers, received admission to the “Million Dollar Advocates Forum,” currently has a “Superb” AVVO rating (10), and has received several other awards. One of which that he finds gratifying was “10 Best Personal Injury Attorneys” for the Commonwealth of Virginia—this award was based upon client satisfaction. Eric speaks English, Spanish, and Portuguese and has represented clients that primarily spoke each language.

Q. What type of lawyer do i need if i want to file charges of assault and battery against someone?
April 18, 2018
A: If you plan on filing a criminal complaint, you will not need a lawyer, per se, to do so. Once you make a criminal complaint, probable cause established and charges placed on an individual, a Commonwealth Attorney will be assigned to prosecute this/these crime(s). The Commonwealth of Virginia is the responsible party from this point on. You may also have a civil claim against the accused party also. A civil claim involves awards of money; a criminal charge carries the penalty of fines and/or incarceration. Should you choose to file a civil claim against the accused party, you may contact a civil lawyer to represent you in a civil claim/tort claim against the defendant. Please be aware that there are strict time restrictions on making civil claims in the Commonwealth of Virginia.