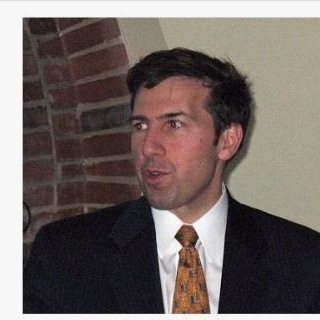 Emmett is especially active in the fields of Arts & Entertainment and Evolving Media. In March, 2008 he received a three-year gubernatorial appointment to the Missouri Arts Council. In 2007, Emmett was awarded a Gold-record plaque by the Recording Industry Association of America (RIAA) for his involvement in an album achieving 500,000 in sales. Also in 2007, Emmett was elected to the Board of the American Federation of Television and Radio Artists (AFTRA) and elected President of the Board of St. Louis Volunteer Lawyers and Accountants for the Arts (VLAA).

With professional roots in an intellectual property boutique firm, Emmett is well-equipped to advise and counsel clients on how best to harmonize trademark, copyright and right of publicity to create an effective long-term branding strategy.
Emmett is also a member of Riezman Berger’s Business Transactions group. He is fluent in the terms and dealpoints of many kinds of contracts and documents and has experience as a lead negotiator for same. He has represented several companies as acting chief general counsel and devised formation strategies for many corporations. He also has significant international litigation, commercial litigation and trial advocacy experience. He has tried hundreds of bench trials and several first-chair jury trials to verdict. He has briefed a case to the United States Supreme Court.

Emmett spent three years as live-in co-director of a St. Louis homeless shelter and food bank and has been a regular volunteer for the following educational and community institutions: Washington University, YMCA, St. Louis Public Schools, the College School (former Board member), Double Helix, and KDHX-FM. He is on the Board of the 501(c)(3) St. Louis Browns Historical Society, Vanderbilt University Alumni Steering Committee, St. Louis Priory Alumni Board and is a member of the American Bar Association Advisory Panel.
Academically, Emmett is a graduate of Vanderbilt Law School and the Concannon Program of International Law, a former member of the adjunct faculty of St. Louis University School of Law and has had articles published in Lawyers Weekly and the Columbia Missourian.

Gold-record plaque by the Recording Industry Association of America
RIAA
2007
involvement in an album achieving 500,000 in sales