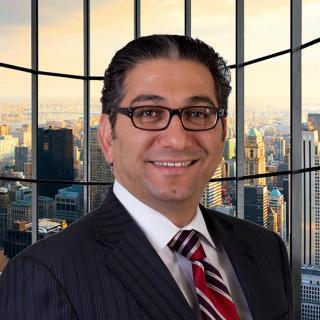 Elazar Aryeh, the Senior Attorney at the Law Offices of Elazar Aryeh, PC., is a seasoned attorney practicing law for almost 30 years, and has litigated cases both in the State and Federal Courts of the State of New York. Throughout the years, Elazar Aryeh has successfully represented thousands of clients and has procured millions of dollars on behalf of individuals, businesses, corporations and banking institutions. Elazar Aryeh has broad experience in matters involving personal injuries sustained as a result of Motor Vehicle Accidents, Trip & Falls, Construction Accidents and Medical Malpractice, as well as having vast experience in Immigration, Real Estate, and Business & Corporate Law. Elazar Aryeh is not only fluent in the English language, but also in Farsi (Iranian) and Hebrew. In addition, the law firm employs associates and legal secretaries who are fluent in Spanish. The diverse knowledge of languages has allowed Elazar Aryeh to represent clients who reside throughout the United States as well as Israel, Iran, Canada, England, Mexico, Dominican Republic & Thailand. Elazar Aryeh is a member of the Queens Bar Association, the American Bar Association and the Association of Trial Lawyers of America.