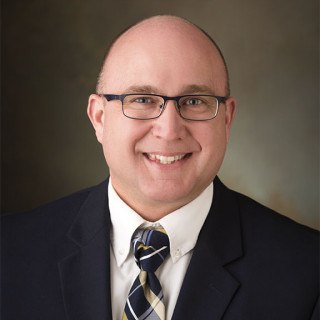 Douglas Day has lived in Montana since 2001 when he and his family moved to Missoula to enter Law School at the University of Montana. Before that, Douglas completed a bachelor of science double major in biochemistry and cellular biology from the University of California, San Diego. It did not take long to fall in love with Big Sky country. After law school, his family moved to Lewistown to clerk for the 10th Judicial District Court for a year. Douglas then joined the Office of Public Defender as a Regional Deputy. He has served as the Regional Deputy for the past 11 years, managing attorneys and clients for 11 counties in Central Montana.

During his time serving as the Regional Deputy, he completed advanced courses in Trial Advocacy and became certified to defend Capital Crimes. In 2007, he received the Governor’s Award for Excellence in Performance as well as the Montana Department of Administration’s Team of the Year Award. In 2013, Douglas received the Excellence in Leadership Award for the Montana Office of Public Defender. He has also served as a Fellow for the national review of public defense.

Douglas has based his career on serving others and helping them make the most out of their situation. He serves actively in his church and community. Douglas loves playing board games with his four children, reading young adult fiction, being outside, and running marathons with his wife. In 2007, his family created a nonprofit organization for youth fitness that serves children in Central Montana. The entire family enjoys coaching, managing, participating, and instructing fitness, as well as caring for their facility to promote fitness and fun. Douglas zealously represents his clients with compassion. He looks forward to continuing his service with Central Montana Families.

Team of the Year
Montana Department of Administration