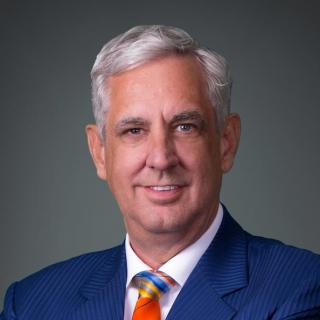 Donald J. Ramsell, author of several DUI articles and books, is the one of the few DUI defense attorneys to appear and argue on a DUI case before the United States Supreme Court in its entire 213 years of existence. In his 33 year career his firms have defended 15,000 clients.

Dean's Award
National College for DUI Defense
2008
Awarded as an outstanding contributor to the organization.

This title provides insight from experienced DUI defense attorney Don Ramsell about preparing a DUI case in Illinois. Topics covered include implied consent, procedure, and types of DUI evidence. It offers an evaluation of the relevant statutes and case law pertaining to DUI law in Illinois, and provides insight on preparing for and presenting a DUI case. Features Includes an appendix with documents used and referenced in actual DUI cases Softbound format makes the book easily portable Includes practice tips and commentary from an experienced DUI defense attorney, providing insight into preparing a DUI case Provides analysis of the breath and blood-testing processes, explaining the strengths and weaknesses of key evidentiary issues

The Illinois DUI Laws and Illinois Criminal Laws are strictly enforced, so you need Illinois DUI Attorneys and Illinois Criminal Defense Attorneys who can respond effectively to your problems and concerns. Failure to obtain highly qualified attorneys such as Ramsell & Associates, LLC can cost your freedom and your driving privileges. The outcome of your case depends on your choice of attorneys attorneys like those at Ramsell & Associates, LLC are the difference you need. Call us today at 630-665-8780 or visit our website at www.dialdui.com

Should I Take a DUI Breath Tests| Illinois Dui Attorney

Although breath analysis is probably the most commonly used technique by law enforcement in attempting to establish whether or not a suspect was driving with alcohol in the system beyond a legal limit, the reliability of the tests has been called into question. Some scientists and experts think that breath tests, as they are currently administered by police, are very inaccurate, as far as their ability to measure blood alcohol content or BAC. Some courts have thrown out breath test results because of their unreliability. In 2002, the Washington Supreme Court ruled that a woman couldn't have her driver's license suspended because of possible problems with the reliability of an alcohol breath test. The woman challenged an administrative suspension of her driver's license. The case focused on the reliability of thermometers used in breath-test machines. The thermometers are used to test the machines' accuracy. Operators test the machines by getting a reading from an alcohol and water mixture. That mixture must be kept at 34 degrees centigrade, and that is where the thermometer comes in. The Supreme Court ruled that because evidence wasn't produced to show that the thermometer on the machine used to give the woman a breath test had been certified as reliable, her license couldn't be suspended. At least one court has even reversed DUI convictions on the grounds that breath tests are inherently unreliable. In State v. McGinley, 550 A.2d 1305 (N.J. Super. 1988), the New Jersey Superior Court, Law Division, considered the consolidated appeals of four defendants whose convictions involved Breathalyzer tests. Although noting that the New Jersey Superior Court had essentially taken judicial notice that the Breathalyzer models "900 and 900A are scientifically reliable," the court nevertheless felt free to consider new scientific evidence not previously available. The Court said that new scientific evidence showed: The breathalyzer is designed to test persons having a 2100/1 blood-breath ratio. Such ratios in fact vary from 1100/1 to 3200/1. The variance can produce errors in test results. In fact, high readings were taken in 14% of the population. The temperature of the machine itself varies, thus affecting test results. Body temperatures in fact vary between human beings, also affecting test results. Hematocrit, or the solid particles in whole blood, vary (particularly between males and females, which also affects test results. Even with some inherent unreliability in various breath testing machines, errors may be magnified if police do not follow proper procedures, such as in calibrating a machine, testing blank specimens, or in making sure a suspect is not affected by his or her ambient environment. A good defense lawyer will know how to challenge the accuracy of breath test. That is one reason to make sure you hire Ramsell and Associates to represent you. Call us at 630-665-8780 or visit our website at www.dialdui.com

Effective January 1, 2009, the judicial driving permit, a hardship license formerly granted to first offenders (see 625 ILCS 11-500 for definition of first offenders) is abolished for all arrestees on or after 1-1-09. 625 ILCS 5/6-206.1 makes several substantial changes to the implied consent laws. But, before getting into those changes, let me state two things that are not affected. First, summary suspension hearings and procedures remain the same, other than the fact the length of the suspensions double (six months for a test failure, twelve months for a test refusal). Second, criminal DUI laws do not change. What the new law does in place of the judicial driving permit is to create the Monitoring Device Driving Permit (MDDP). In essence, the law gives the first offender the option to drive after the 31st day of his suspension, for any purpose and at any time. Unless a defendant opts out of the MDDP law, the driver must agree to have a breath alcohol interlock ignition device (BAIID) installed on the car that the offender drives. (See Section 3 for a more detailed discussion of BAIID devices). If a driver is caught driving during a summary suspension and he has opted out of the MDDP, it is a Class 4 felony punishable by up to 1-3 years incarceration. The MDDP is available only to first offenders, which is defined in 625 ILCS 11-500. Essentially, a first offender is a person who has had no DUI suspensions or findings of guilty in the past 5 years. MDDPs are available only for First Offenders unless: (1) the offender's driver's license is otherwise invalid; (2) death or great bodily harm resulted from the arrest for Section 11-501; (3) the offender has ever been previously convicted of reckless homicide; or (4) the offender is less than 18 years of age. Unlike a JDP, a first offender is entitled to an MDDP if he fits the above qualifications; the court has no discretion and must order an MDDP, unless the offender opts out in writing: (e) Following a statutory summary suspension of driving privileges pursuant to Section 11-501.1, for a first offender, the circuit court shall, unless the offender has opted in writing not to have a monitoring device driving permit issued, order the Secretary of State to issue a monitoring device driving permit as provided in Section 6-206.1. A monitoring device driving permit shall not be effective prior to the 31st day of the statutory summary suspension. 625 ILCS 5/6-208.1 For information about the 2009 Illinois DUI Laws visit our website at www.dui-illinois-attorney.com

Q. If I get convicted of drunk driving, how soon can I get my drivers license back?
July 19, 2017
A: It will be for a minimum of one year and could go on indefinitely and could take years to get your license fully reinstated. That is why I recommend you have an attorney involved immediately.

Q. Im 20 year old female and i was taken advantage of when 13 until i was 16 and the man was 9 yrs older than me.
July 17, 2017
A: You can still go to the police and report this. The statute of limitations for these types of actions does not run out for a long time.

Q. I and My husband hve possible neglect charges. no charges have been filed yet.How long do we have before charges filed
July 15, 2017
A: Yes you will need a lawyer familiar with both DCFS and the criminal courts - two different entities by the way. Do NOT give any statements to the case worker UNTIL you have hired a lawyer. This is serious.