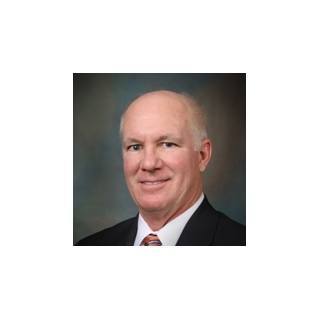 Mr. Elliott was admitted to the Arkansas bar in 1978. He is also admitted to practice before U.S. District Courts of Arkansas, 8th Circuit Court of Appeals and U.S. Supreme Court. He received his education from Ouachita Baptist University (B.A., cum laude, 1975) where he was a four year letterman on the Tiger football team; and University of Arkansas School of Law at Fayetteville (J.D., 1978). He was the Research Editor of the Arkansas Law Review for 1978. He also became a Certified Public Accountant (currently inactive), Arkansas, 1980. Don Elliott also served in the Arkansas National Guard from 1975-1981 and attained the rank of Captain.
Mr. Elliott is a founding partner of the Elliott and Smith law Firm, where he handles personal injury cases involving 18-wheeler tractor-trailer collisions, motor vehicle collisions, motorcycle collisions, medical malpractice claims, nursing home neglect, injuries arising from defective products, as well as a multitude of other personal injury claims. He served as a Special Justice, Arkansas Supreme Court, 1994. He was also on the Arkansas Model Jury Instructions Committee-Civil in 2000-2006. He served as President of the Washington County Bar Association in 1991-1992, and served in the Arkansas Bar Association House of Delegates 1987-1990; Executive Council, 1990-1991, and Board of Governors 2014-2017. Don Elliott was President of the Arkansas Trial Lawyers Associates in 2013-2014. He also served on the Arkansas Trial Lawyers Association Board of Governors in 1993-1996; 2000-2001 and 2008-2013. He was voted Outstanding Trial Lawyer by the Arkansas Trial Lawyer Association for 2010. He is a member of the American Board of Trial Advocates (Arkansas Chapter); American Inns of Court (Emeritus; President, 2004-2005). Fellow: Arkansas Bar Foundation (Board of Directors, 2005-2011). Mr. Elliott was named a Mid-South Super Lawyer for 2008-2017. He also teaches as an Adjunct Law Instructor at the University of Arkansas Law .

What We Do at Elliott and Smith Law Firm

enior Partner at Elliott and Smith Law Firm, Don R. Elliott, Jr. disccusses what he does when taking in a new client, how he evaluates the case and how he handles your case.

Why You need a Lawyer

Don Elliott, a Senior Partner at Elliott and Smith Law Firm in Fayetteville, Arkansas discusses why you need a lawyer.