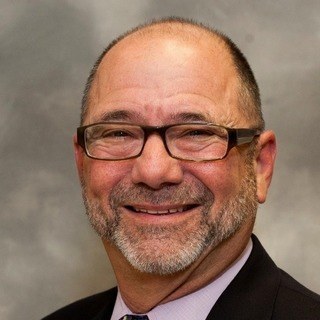 David S. Kestenbaum has been practicing criminal law exclusively since 1979. He is rated AV by Martindale-Hubbell and has been listed as a Super Lawyer every year. He has also been named as a Preeminent Criminal Defense Attorney by LexisNexis. Mr. Kestenbaum Was recently elected to serve a second term as a Trustee of the San Fernando Valley Bar Association where he has been the Chair of the Criminal Law Section since 2011. Additionally, he was elected to the Board of Governors of California Attorneys for Criminal Justice (CACJ), a statewide Association of attorneys whose goal it is to make sure that Criminal Defense attorneys across the state are able to present the most up to date defenses with access to Motions and Briefs that have proved effective in California Courts. David is also a proud member of ProVisors, a nationwide group of high level attorneys and CEOs where he is considered a trusted advisor and a “go to person”. David was a prosecutor in Van Nuys from 1985 through 1992. Prior to and after his stint as a prosecutor, Mr. Kestenbaum defended citizens charged with crimes. He has had offices in Westwood, Century City and now in Van Nuys, directly across from the Van Nuys Courthouse, the District Attorneys office as well as the City Attorneys office. This prime location has allowed him to act quickly and aggressively in presenting his client’s case to the police or prosecutors prior to charges being filed. When this doesn’t work, Mr. Kestenbaum is always ready to try the case to a jury. At this writing, he has won acquittals in his last seven jury trials, including a 22 minute “Not Guilty” in his latest trial. Over the last thirty years, Mr. Kestenbaum has handled many high profile cases, both as a defense attorney and as a prosecutor. He has appeared on numerous Television interviews as well as radio interviews and newspaper articles. Several of his cases have garnered national news, although, as a rule, Mr. Kestenbaum works very hard at keep

Founding Partner
Kestenbaum Eisner & Gorin, LLP
2000 - 2013
Mr. Kestenbaum founded this criminal defense firm by first bringing in Alan Eisner and then Dmitry Gorin. The firm handled all types of criminal matters, both state and Federal. Mr. Kestenbaum left the firm in 2014 to once again start a new law firm dedicated to providing the best customer service and legal defense people have come to expect from him.

Sole Practitioner
Law Offices of David S. Kestenbaum
1992 - 1999
After prosecuting in Van Nuys for 8 years, Mr. Kestenbaum left to form his own firm to once again help those accused of crimes; as he had done prior to becoming a prosecutor.

Deputy City Attorney
Los Angeles City Attorney's Office
1985 - 1992
David was recruited by the City Attorney's office to come in as Level 2 prosecutor due to his 6 years of experience trying criminal cases. Mr. Kestenbaum handled hundreds of cases and trials as a Deputy City Attorney, rising to a top "Level 3" Prosecutor. When a friend was appointed to the Bench, Mr. Kestenbaum left to take over a thriving criminal defense firm and has never looked back. During the time he was a prosecutor, David made many useful connections that inure to his clients' benefit in negotiations.

Sole Practitioner
Law Offices of David S. Kestenbaum
1979 - 1980
David opened up his own firm straight out of law school representing people charged with crimes. Having been a Certified Law Clerk for the Santa Monica City Attorney's Office, David had already appeared in court and had an appellate case published! During this first stint on his own, David was retained to represent over 100 Nude Sunbathers in Malibu and found himself in the middle of a media storm! During that summer, Mr. Kestenbaum tried over 50 jury trials winning all but the first few. He successfully made a Motion to Dismiss the remaining 50 cases because his clients wouldn't waive time and he was able to file a Right to Speedy Trial Motion!

Law Clerk
Santa Monica City Attorney's Office
1976 - 1977
As a law clerk i was allowed to sit in on witness interviews, review police reports, prepare files for court and write a column in the office's newspaper.

Provisors
Member
2010 - Current
Activities: ProVisors is a networking group of executives and other professionals. Mr. Kestenbaum has been a member of 2 groups as well as 5 "Affinity" groups that deal with specific issues such as the new Recreational Marijuana laws. He is considered a "Trusted Advisor" meaning that people call him for help in any area; not just criminal defense. If the issue is not in his wheelhouse, David will know who to refer it to.

Califonia Attorneys For Criminal Justice
Member
1992 - Current
Activities: As a member of this criminal defense organization, Mr. Kestenbaum has made many contacts throughout the state that have helped him with cases outside of Los Angeles. He has attended MCLE programs every year in order to maintain his mastery of Criminal Defense.

National Association of Criminal Defense Lawyers (NACDL)
Member
1992 - Current
Activities: This is a National group of criminal defense attorneys. Mr. Kestenbaum has contacts throughout the United States as a result of his involvement in this wonderful organization.

San Fernando Valley Bar Association
Chair of Criminal Law Section
2014 - 2017
Activities: As Chair of the Criminal Law Section, Mr. Kestenbaum is responsible for arranging for MCLE seminars for the members. Due to his many years in the area and his relationships with many service providers, David has been able to offer these MCLE classes FREE as he gets them sponsored!

California Attorneys for Criminal Justice (CACJ)
Board of Governors
2011 - 2017
Activities: Mr. Kestenbaum has twice been elected to 3 year terms on the Board of Governors of the largest state Criminal Defense Bar Association in the country. In that role, Mr. Kestenbaum has worked with the legislative committee on proposing and opposing legislation dealing with criminal issues. He has also published a column, "Kestenbaum's Korner" in The Forum, CACJ's magazine. David has also been very active in bringing in new lawyers to enjoy the benefits of the largest criminal defense firm in California.

San Fernando Valley Bar Association
Treasurer
2015 - 2016
Activities: After 5 years as an elected Trustee, Mr. Kestenbaum was elected as a member of the Executive Board as Treasurer. His duties included Budgeting and analysis of financial reports.

San Fernando Valley Bar Association
Trustee
2010 - 2015
Activities: David was elected twice to the Board of Trustees of the San Fernando Valley Bar Association. Mr. Kestenbaum was the only Criminal Defense attorney elected to the primarily civil attorneys bar association. His duties included helping the SFVBA make itself more prominent in the area as well as dealing with our relations with other bar associations.

Q. Does an officer have probable cause to search a parked locked vechicle that doesn't belong to the sbjct arrest in yd
June 15, 2022
A: First of all, if the subject doesn't own the vehicle then they have no "Standing" to challenge the search of the parked vehicle. Second, if the subject had been in the vehicle, they may have probable cause to search it. What was found as a result of the search? It doesn't matter who owns the car, if the cops saw the "subject" in or around the car, they can conduct a search after his detention. If something illegal was found in the car, are they charging the "subject" with that crime? Or the owner? The owner of the car has standing to challenge the search. If nothing was found, then there is nothing to worry about! The "subject's" attorney, who will have the police reports that will include the reasons the cops searched the car and is the only one who can give an accurate answer. Good luck to the person arrested!

Q. I'm in California. Detectives arrested my boyfriend for questioning and are calling to follow up with me about hit/run
May 25, 2022
A: You are under no obligation to talk to the police but you shouldn't lie to them. It is not up to you whether charges are filed against him, but up to the DA. The best course of action would be for you to talk to his attorney who can try to convince the DA not to file charges after getting a statement from you. If you went to the hospital for a broken leg, it could be Felony Hit & Run. The cause of the accident is not relevant; leaving the scene of the accident is a violation of VC 20002 or 20003! Good luck!

Q. If we got pulled over for a false reason does that make the stop and subsequent charges that followed inadmissible
May 16, 2022
A: First of all, did they do a search of you and the car, find something illegal and arrest or cite you for that (misdemeanor or felony) or did you just get a ticket for No left turn (infraction)? If you just got a traffic ticket, then the cop’s observation is not inadmissible, but it is subject to cross examination and impeachment! Make sure you take photos; hopefully this just happened and the signage is the same as the date of the alleged violation. If time has passed you should also subpoena the Records from the Department of Transportation to show what signs, if any, were in place on the date in question. If they found something and someone was arrested or cited for a felony or misdemeanor, then you are correct that it may be subject to a Motion to Suppress (Penal code section 1538.5) where a magistrate would rule on the legality of the stop. If the officer testifies that you were stopped for that reason and your attorney shows the Judge credible evidence that the officer is lying, they would grant the Motion and everything found after that would be deemed inadmissible! If a Motion is going to be run, you also need to do Discovery of the cops Communications when they were pulling you over as well as any body cam footage so you can impeach them if they try to come up with a different reason for the stop ( commonly expired tabs, broken taillight etc). Good luck! If it