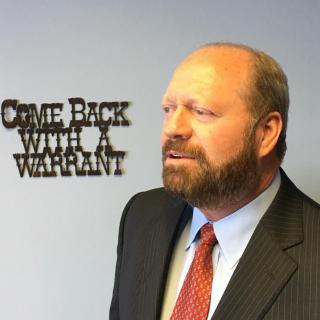 David Scoggins was born in Dallas, Texas and has been a lifelong Texan. He graduated from the University of Texas with a Bachelor of Arts in Government and thereafter graduated from Texas Tech University School of Law with a Doctor of Jurisprudence degree. He immediately obtained his license to practice law from the Supreme Court of the State of Texas and shortly thereafter was licensed in the Federal Courts of the United States. In 1981, David Scoggins commenced the practice of law in the Dallas-Ft. Worth metroplex and has resolved over 6,000 criminal cases. He has represented citizens accused in Federal Courts in Texas, Oklahoma, Arkansas, Louisiana and Tennessee, typically in drug conspiracy and fraud cases. He has also tried hundreds of jury trials in Felony and Misdemeanor courts in Texas. He has most often appeared at court in Dallas, Collin (McKinney), Denton and Tarrant (Ft. Worth) counties with a significant docket in Rockwall and Kaufman counties also. He has also been persuaded by clients to represent them in distant counties for significant cases such as murder, intoxication manslaughter, organized crime, healthcare fraud and organized crime prosecutions. He is often retained by other lawyers as criminal jury trial lead or second chair counsel. He has an AV Preeminent rating by Martindale-Hubbell which identifies an attorney with very high to preeminent legal ability and is a reflection of expertise, experience, integrity and overall professional excellence, He is also rated Superb by AVVO.

Attorney at Law
State Bar of Texas licensed in 1981
1981 - Current
David R. Scoggins was born in Dallas, Texas in 1954 and has been a lifelong Texan. He graduated from the University of Texas at Austin with a Bachelor of Arts degree in Government in 1976 and thereafter graduated from Texas Tech University School of Law with a Doctor of Jurisprudence degree. (Is this a great country or what? You graduate from State supported universities with degrees in Government and Law and spend the next 32 years of your legal career fighting the government. Only a great nation would have such confidence in the rule of law and justice!)