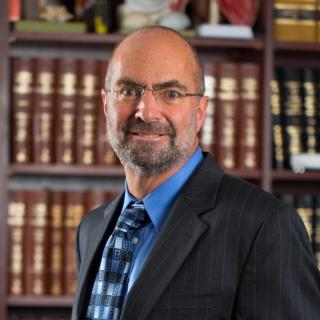 David Russotto began his legal career as an attorney with the U.S. Navy Judge Advocate General's (JAG) Corps. He was stationed at Naval Base Norfolk as Defense Counsel and then as Trial Counsel and Legal Services Attorney at Naval Air Station Oceana.

After attending Staff Judge Advocate School, David went on to work as staff Judge Advocate at FCTCLANT Dam Neck in Virginia Beach, providing legal advice to the base commander. In 1991, he went into private practice and in 2000, Mr. Russotto helped found Marcari, Russotto, Spencer & Balaban.

David’s long familiarity with the military and respect for the sacrifices made by U.S. veterans has been instrumental in his decision to represent disabled veterans and their families. Up until June 2007, veterans were not permitted to engage the services of an attorney to apply for benefits. Today, attorneys may be retained by applicants who have been turned down or received an unsatisfactory level of benefits and wish to appeal the VA's decision. For these reasons, David champions the interests of veterans across the United States.

Court of Appeals for Veterans Claims
Since 2011

Court of Appeals for the Federal Circuit Court
Since 2011

U.S. District Court for Middle District of North Carolina
Since 2013