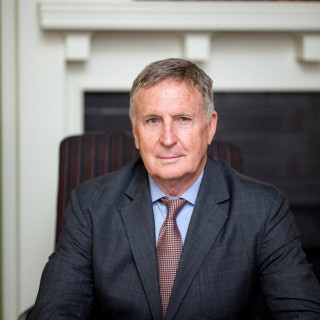 Mr. Smith has been a trial attorney for 40 years and was a professor of law at Vanderbilt Law School. For the past twenty years, he has represented individuals in plaintiff's personal injury litigation. He is the founder of DRS Law, a top-rated personal injury law firm in Nashville, Tennessee. DRS Law has grown into a five-lawyer team that includes his three sons.

In 2006 he obtained a record $7.2 million verdict in a wrongful death case in Warren County, Tennessee. He served as plaintiffs' counsel in the Tri-State Crematory class action litigation against Georgia Farm Bureau ($80 million judgment) and represented class members who received $36 million in settlements.

Mr. Smith has represented individuals in several landmark cases before the Tennessee Supreme Court that resulted in changes in the law that make our communities safer, including:

• Jordan v. Baptist Three Rivers: holding for the first time that a plaintiff could recover damages for the loss of her mother’s emotional support.

• Ashe v. Radiation Oncology Associates: adopting the legal standard proposed by Mr. Smith, which has protected the rights of patients across Tennessee to be informed participants in their health care decisions.

• Bennett v. Trevecca Nazarene University: holding that those injured by others’ negligence could recover where the responsible party had assumed a duty of care.

Contact & Map
DRS Law
1913 21st Ave S
Nashville, TN 37212
Telephone: (615) 742-1775
Fax: (615) 742-1223
Notice: Our top-rated Tennessee personal injury lawyers provide free, no-pressure case evaluations. We will help you determine if you have a case and will answer all your questions in plain English. We never charge any fees until we win your case.
Email David Randolph Smith
Download vCard