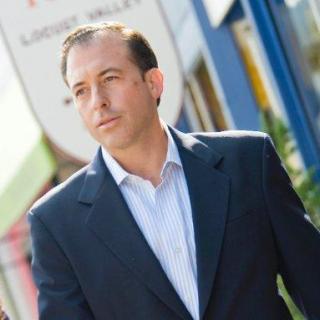 David Mejias is a Long Island attorney specializing in family law and divorce. He is a managing partner at Mejias, Milgrim & Alvarado where he has practiced law for 18 years. He currently serves as the Chairman of the Long Island Hispanic Bar Foundation, the charitable branch of the Long Island Hispanic Bar Association where he has previously served as President. In 2003, Dave Mejias became the first Latino elected to the Nassau County Legislature, where he served from 2004 to 2010. In 2013, Dave was recognized by Long Island Pulse as a Top Ten Legal Eagle, winning the Family Law category. Awardees are acknowledged by a select group of Attorneys who peer review their colleagues’ expertise and skill throughout Nassau and Suffolk Counties. At Mejias, Milgrim & Alvarado, Mejias has won precedent setting victories for his clients in cases involving custody, maintenance and child support, and overturning post nuptial and pre-nuptial agreements. His firm has also been recognized by the Coalition against Domestic Violence for continuing to fight for the rights of victims of domestic violence. As a Nassau County Legislator he led the effort to keep our children safe from sex offenders by sponsoring the toughest Megan’s Notification Law in New York State and wrote the legislation implementing residency restrictions for sex offenders. He sponsored and passed legislation that allows law enforcement to install computer monitoring software on the computers of registered sex offenders. One of his top accomplishments as Legislator was his proposed and passed Natalie’s Law, establishing a mapped website showing heroin arrests in neighborhoods in order to increase public awareness and mandates that police alert school districts when there is an arrest nearby.

How Rubio can still win the nomination
CNBC
March 9, 2016

As a family law attorney and Nassau County Legislator, David has led efforts to keep the children in our community safe. In honor of his efforts, the proceeds from the 2016 LGBT Network Gala will directly support the Network’s “Safe Schools Initiative,” which seeks to create safer schools for LGBT youth across Long Island and Queens through anti-bullying and youth empowerment programs.