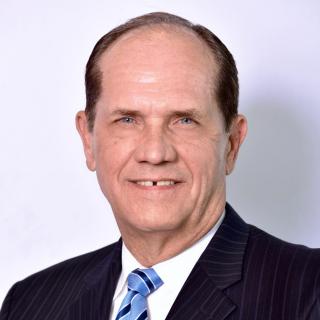 Mr. Shestokas is the author of Get Your Illinois Suspended License Back. He has appeared in court on cases involving suspended/revoked driver's licenses more than 10,000 times as a prosecutor or a defense attorney. He is the feature writer in the area of Law, Crime & Justice for the online magazine, Suite 101.

David J. Shestokas concentrates in criminal defense practicing in Southwest Florida. He is an international freelance writer, author and educator of topics pertaining to the US Constitution, wills, estates, trusts and criminal defense.

Shestokas has been a licensed attorney since 1987, when he was admitted to practice before the Illinois Supreme Court. He was admitted to practice before the Florida Supreme Court in 2004. He has a Bachelors of Arts degree in Political Science from Bradley University in Peoria, IL. In 1987, he received his Juris Doctor from the John Marshall Law School, with honors, while serving on the John Marshall Law Review.

He studied Spanish in Cuba and Costa Rica and he also studied law at Trinity College in Dublin, Ireland.

From 1987 to 1993 he practiced business law, including incoporations, buy-sell agreements and estate planning for small business owners. From 1994 to 1998, he was an Assistant State's Attorney for Cook County, IL, the largest unified court system in the country.

Shestokas has prosecuted over 10,000 criminal cases, worked in Juvenile Justice and made charging decisions in over 400 felony matters as part of police investigations.

Since 1998 Shestokas has been in private practice in Florida and Illinois.

He participated in the First World Congress of Lithuanian Attorneys contributing to the Lithuanian Constitution after the fall of communism.

Shestokas has written articles on legal issues and the US Constitution for the Fort Myers News-Press and Naples Daily News. He is the Feature Writer in the area of Law, Crime & Justice for the online magazine Suite101.

Will Provisions to Appoint a Child's Guardian if the Parents Die

Types of Property Ownership are Important to Estate Planning

Elements of a Living Trust, and Why it Simplifies Probate

Last Will & Testament in Florida, Requirements for a Valid Will

Dave Shestokas on the Bill of Rights
self
September, 2011

Get Your Suspended Illinois Driver's License Back
Create Space
November, 2008

David Shestokas was a candidate for Lee County, FL Judge during the spring & summer of 2010. Here is a presentation regarding issues facing a judge.