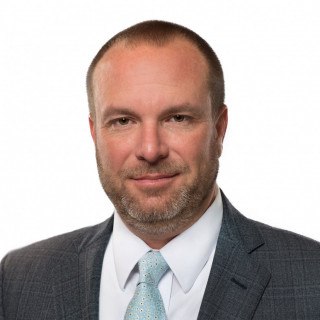 David Haas is a state and federal criminal defense attorney and represents clients throughout Florida and in federal courts around the country. He is a former state and federal prosecutor with extensive jury trial experience, including handling more than 65 jury trials. A fifth-generation Floridian, he graduated from Stetson University College of Law in 2001 and began his career as a state prosecutor with the State Attorney’s Office in the Tenth Judicial Circuit. After three years of handling felony and misdemeanor offenses, attorney David Haas was promoted to Chief of the Economic/Environmental Crimes Division where he was responsible for the investigation, intake, and prosecution of complex financial crimes including racketeering and public corruption cases. In February 2006, David Haas joined the U.S. Attorney’s Office in the Middle District of Florida. He served as a federal prosecutor for nearly 10 years where he was honored for his litigation and investigative skills. During his tenure as an Assistant United States Attorney, he handled complex white-collar matters including bank fraud, mortgage fraud, money laundering, tax fraud, FOREX trading, healthcare fraud, and Ponzi/investment schemes. In addition to handling white-collar matters, David Haas was an Organized Crime Drug Enforcement Task Force (OCDETF) prosecutor that handled large-scale drug distribution/manufacturing organizations, wiretap investigations, violent crimes, human trafficking, firearm offenses, gang cases, and asset forfeiture matters. David Haas also gained significant experience in handling cybercrime and cryptocurrency (Bitcoin) prosecutions, including the prosecution of individuals who trafficked in controlled substances on the internet and on TOR (The Onion Router) accessed markets. A skilled litigator, David Haas is also an Adjunct Professor at Barry University’s Dwayne O. Andreas School of Law where he teaches Trial Advocacy.

U.S. Court of Appeals for the Eleventh Circuit

U.S. District Court for the Middle District of Florida

U.S. District Court for the Northern District of Florida
Since 2015

U.S. District Court for the Southern District of Florida

Q. If I plead guilty to a white collar criminal offense, will I have to disclose that information to future employers?
April 25, 2018
A: It depends on the question asked by potential employers about whether you have been convicted of a crime and/or whether you have restrictions placed on you as part of your sentence.