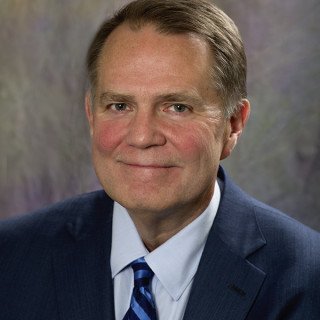 Active in the legal community, David holds membership to the 28th Judicial Bar, North Carolina, and America Bar Associations. He has served as a sustaining patron and in the President’s Club for North Carolina Advocates for Justice. David is also a member of the National Association of Social Security Disability Claimant’s Representatives, and NC Bar Association General Practice Hall of Fame.

In addition to his legal involvement, David strives to consistently take part in his local community. He currently holds board membership with the Martin Luther King, Jr. Committee; life membership to NAACP; Governor Appointments to Employment Security Commission (2008) and Mountain Resources Commission (2010); March of Dimes Babies Walk (Chairman, 2012). David was elected to the Buncombe County Board of Commissioners in 10 elections since 1996. In 2016, he retired from politics after 20 years in office.

Leaders in the Law
Elon University and NC Lawyers Weekly
2016

Board Certified Specialist in Worker’ Compensation Law
Board of Legal Specialization

David Gantt Law Office - What we are all about.

Q. Is an injured worker ENTITLED to benefits when his EMPLOYER reduces his/hers work hours due to employees on-going pain.
September 8, 2022
A: Yes, if wages are reduced due to pain problems. Workers' Compensation (WC) compensation to injured workers in North Carolina is based on loss of earning capacity and time out of work as determined by qualified medical professionals. In this case, Tony's employer, not medical staff, has restricted his work. Tony's best action is to talk with his medical team and request their agreement that he cannot work full time. When this medical restriction is documented, Tony would be entitled to receive 66% of his gross wage during the time he was not able to work full time. He would be entitled to be paid up to this 66% level for each week of medically ordered disability. When Tony reaches maximum medical improvement (MMI) or when his doctors can't provide any more helpful treatment, he would be entitled to a settlement be based on the degree of his loss of earning capacity. One of the keys to properly handling WC claims is to make sure the injured worker's medical team is involved in ordering out of work time periods.

Q. How does a lump sum worker's compensation settlement affect future SSDI monthly payments? Please see details.
May 24, 2022
A: Social Security Administration will not permit individuals to receive more than 80% of pre-injury monthly gross earnings from combined Workers' Compensation (WC) and Social Security Disability (SSD) payments. This policy was enacted to avoid the situation where injured workers are making more than pre-injury earnings and have no incentive to try and return to gainful employment. Your lawyer properly settled your WC claim in a lump sum and then allocated the net sum you received over your life expectancy in order to push your monthly receivables below the 80% ceiling. Before SS can reduce your monthly SSD check, you will receive a written explanation of how they figured the reduction based on the 80% rule. My office has managed to resolve many of these claims by simply sending a copy of the final WC Order approving the lump sum and pro-rated distribution to local SS office. Many times, the SS office has only been notified of the lump sum amount and does not know about the pro-rata language that can push your countable income below the 80% ceiling permitted under SS law. If you have not received a written detailed explanation, you should make an appointment with SS and ask them to explain their calculation. You can appeal this decision if you disagree. You should also contact your local member of Congress or US Senator for help here. The staff in these elected official's office can often get an explanation faster than legal representatives can. From the numbers cited in your note, you may have a legitimate grievance.

Q. Can I get SSI for mental illness if I haven't worked a tax paying job?
February 8, 2022
A: You would be eligible for Supplement Security Insurance (SSI) benefits regardless of work history. The SSI benefit program is based on financial need regardless of work history. The more familiar Disability Insurance Benefits program, commonly called Social Security Disability (SSD), is based on work history and tax payments. You may also be eligible for Medicaid. When you are approved for SSI, you would automatically receive Medicaid. You have a right to file for Medicaid separately through your local Department of Social Services (DSS) n the NC County you reside. You would likely get a chance to appear before Medicaid Judge before your SSI application reaches the hearing level. In short, we always suggest clients apply for SSI at the local SS office AND apply for Medicaid through your County DSS. All these programs will require you to prove disability for a period of at least twelve (12) months.