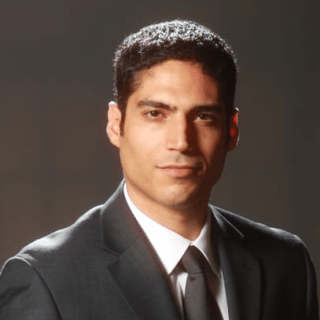 David D. Bibiyan is a Los Angeles local who received his Bachelor of Arts (BA) from UCLA and his Juris Doctorate (JD) from The University of Chicago Law School, consistently ranked one of the top 5 law schools in the country by U.S. News & World Report.

Before becoming an attorney, Mr. Bibiyan held several prestigious legal positions, including as a legal extern for The Honorable Robert N. Kwan of the United States Bankruptcy Court of the Central District of California and The Honorable Debre Katz Weintraub of the Central District of the Los Angeles Superior Court. Mr. Bibiyan also volunteered his time with Bet Tzedek Legal Services, a non-profit providing legal services free of charge for low-income residents of Los Angeles.

After beginning his legal career in 2012 at Cohen & Lord, P.C., recognized as one of “California’s Top Ranked Law Firms” by Martindale-Hubbell’s AV Preeminent Rating, Mr. Bibiyan switched his sights to representing employees who lack bargaining power to vindicate their own rights against their employers.

Thus, in 2014, Mr. Bibiyan opened a law firm concentrating on representing employees in their battles against employers. Since then, Mr. Bibiyan has brought actions against tens, if not hundreds, of employers across California who are victims of wage theft, discrimination, retaliation, harassment, wrongful termination, and other wrongful conduct.