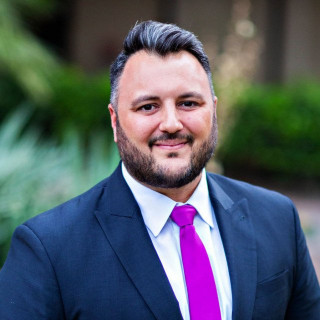 Darius Amiri is the Chair of the Immigration Department at Rose Law Group, pc. He is serving as the President of the Executive Committee for the Immigration Section of the State Bar of Arizona, and is a Superlawyers nominated Rising Star in the Southwest for 2020-2021.

Mr. Amiri’s law practice is 100% dedicated to Immigration and Nationality Law. He has handled thousands of immigration cases ranging from deportation defense, bond hearings, and asylum proceedings to family petitions and employment and business-based immigration applications. Mr. Amiri’s client portfolio consists of nationalities from all over the globe. Mr. Amiri’s immigration practice extends all over the State of Arizona, and he is licensed to appear in federal Immigration Courts across the country, and in U.S. District Court in Arizona.

Mr. Amiri earned his Juris Doctor from the Sandra Day O’Connor College of Law at Arizona State University where he focused on civil justice and mediation. Mr. Amiri attended the University of California, San Diego where he earned degrees in World Literature and Political Science/ International Relations.

Mr. Amiri’s career representing foreign nationals came together quite naturally- he is the son of an Iranian immigrant who became a U.S. citizen and then immigrated his family to the United States. Mr. Amiri has spent his life immersed in different cultures-he learned Spanish on mission trips with his church to Baja California, Mexico, and refined his language skills while studying abroad at the Universidad de Sevilla, in Seville, Spain.